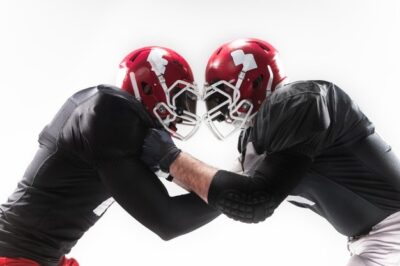 It’s every sports fan’s favorite time of the year, Wild Card weekend. The NFL odds are out and now we’ll get to take a look at the games happening in the AFC.

This week, there will be some really competitive games, especially between two AFC East teams. We can’t wait to watch, and we know that you’re excited too. So, let’s go over the complete list of games that we’ll cover.

Our first game of the Wild Card weekend is between the Las Vegas Raiders and Cincinnati Bengals. Both of these teams have strong offenses and will be an entertaining game to watch.

From there, we’ll move onto New England and Buffalo, two AFC East powerhouses that are set to battle. Our last game is the Pittsburgh Steelers at the Kansas City Chiefs, the last of the AFC games.

The Las Vegas Raiders head to Cincinnati to face off against the Bengals. Unfortunately for the Raiders, they’ll have to play in 28-degree weather, something they aren’t used to.

The odds in this game have the Cincinnati Bengals at -5.5, with the total at 48.5. The Raiders underperformed against the spread in the regular season (8-9). Keep that in mind when betting.

The Cincinnati Bengals have a high-powered offense and are familiar with the cold. They also performed better against the spread this season (10-7). The Bengals traveled to Las Vegas during the regular season and beat the Raiders 32-13.

We think that’s more than enough of a reason to take the Bengals on Saturday afternoon. Take the under in this one due to the cold weather.

This game will likely be the most entertaining of all the AFC Wild Card games. You have Bill Belichick and his rookie QB on one side. On the opposite side, you have Josh Allen and the Buffalo Bills.

It’s a hard-nosed defense versus a show-stopping offense going down on Saturday night. Even the oddsmakers are confused about who’s the best bet to take in this one.

The New England Patriots come in as four-point underdogs, and we’re fine with that. The total is set at 44 due to how cold it’ll be on gameday (four degrees).

The cold weather plays precisely into what the New England Patriots are known for, running the ball. They’ll also rely on the number two defense in the league to shut down the Bills offense. Take the Patriots to move on in this one.

In our last AFC Wild Card game of the week, the Steelers will face the Kansas City Chiefs. One thing is for sure, the Steelers making it into the playoffs was unexpected. However, they’re in now and facing one of the best offenses in the NFL.

Even the cold weather in Kansas City isn’t enough to slow down Patrick Mahomes and the Chiefs. The spread is another concern.

Kansas City comes in as 12.5-point favorites here, with the total at 46. Kansas City wasn’t great against the spread during the regular season, boasting an 8-9 ATS record.

However, the Steelers’ offense doesn’t pose much of a threat to them. The Steelers only average 19.06 points per game, ranking 24th in the NFL.

With that being said, we’ll take the Kansas City Chiefs to cover.

Our “must-watch” game of the week: New England at Buffalo

For starters, this matchup is already remarkable because it’s a divisional rivalry. It becomes even more intense because the players will have to deal with adverse weather. Add in that Mac Jones is a rookie playing in his first playoff game, and this becomes a must-watch game.

Even taking into consideration the obstacles for the Bills is exciting. They’re a primarily passing team, and freezing cold temperatures aren’t great for passing.

How they’ll overcome this and the Patriots defense, we’ll find out on Saturday.