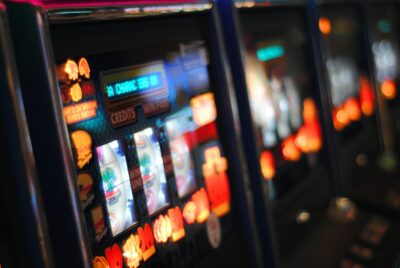 Video slots are one of the most popular casino games since they’re amateur-friendly and don’t take much skill or experience to play. Modern video slots offer fantastic rewards and massive bonuses to attract players, and this trend is unlikely to die anytime soon. Video slots are convenient, offer diversity, and keep players hooked. These perks are exclusively reserved for online slots, which is the game’s USP.

Several reputed iGaming software developers work around the clock to create new games every few months. And the list of games keeps increasing by the day. Developers like Playtech, NetEnt, Realtime Gaming, and Yggdrasil have several innovative video slots in their portfolio, and we’ll discuss one such game here today. Golden Gorgon slot is a popular title from Yggdrasil, and here are the key highlights of the game.

Gorgons are quite popular characters in video slots. These winged creatures from Greek mythology can kill men simply with their glance, Medusa being the most common example. Yggdrasil’s Golden Gorgon takes players on an epic adventure through ancient Greece while offering special features and exciting rewards.

Golden Gorgon flaunts a 5-reel 3-row grid with 25 paylines and 96% RTP. The high-volatile title offers bonus multipliers randomly through the rounds. The betting range is between €0.25 and €400, and the game can amplify your winnings by 2,502x. Although Golden Gorgon offers bonus spins, players don’t get additional free spins on the side.

Golden Gorgon flaunts a classic theme inspired by Greek mythology, and the design and animations are in perfect harmony. Yet, it’s not Yggdrasil’s best work to date, and players will be left asking for more. The visual presentation is satisfactory at best, and the game is graphically lacking.

The purple patterned backdrop with decorated column reels and gold accents will remind you of a typical mythological setting. And the studio could have come up with better soundtracks. Shields and swords are the high-paying symbols, while the standard icons are Omega, Psi, Sigma, and Lambda.

Landing the high-paying symbols across the reels increases the stake between 3 and 20-times, and there are no Wilds or scatters in Golden Gorgon. The makers are inspired by the three Gorgon sisters – Medusa, Euryale, and Stheno, and there are several subtle mentions in the game’s design.

Gorgon Gaze is the game’s highlight, triggered when three or more matching symbols appear across the reels. When the round is triggered, it turns the symbols gold and locks them in place. Players are awarded a bonus spin that can be used in the next round. If the reels are filled with high-paying symbols during the respin round, a special win multiplier is unlocked, further boosting the stake.

The value of the multiplier is the same as the reel on which it lands. So, landing 3 matching symbols triggers a 3x multiplier while 5 matching icons offer 5x amplification. The reels must be filled from left to right.

The sheer number of video slots often overwhelms new players as it is easy to lose your way while sifting through thousands of exciting titles. Casino affiliates like Online Casino Ranger make our lives easier by reviewing, comparing, and ranking the best online slots based on several parameters.

You can shortlist the most popular games based on RTP, volatility, jackpot type, hit frequency, and several other factors. Don’t forget to read the terms of use and familiarise yourselves with the details before shortlisting games. For instance, Golden Gorgon doesn’t offer free spins. This is a major red flag for certain players.

Although Yggdrasil has compensated for the lack of free spins using random multipliers, the details are mentioned in the game’s terms and conditions. Hence, we cannot stress the importance of going through the fine prints enough.