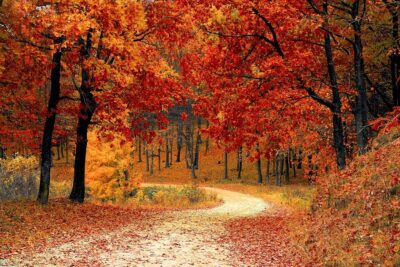 For many people, trying something new can be somewhat frightening, but that isn’t usually the case for slot game lovers. New online slot machine releases are something that slot-heads eagerly look forward to. It’s no wonder why gaming developers are constantly battling it out to try and emerge as the cream of the crop with the most immersive titles.

Slot developers have been busy trying to coin the finest slots to entice players in recent years, with the number of monthly releases averaging about 100 slots. This autumn is no different, and punters have a plethora of vibrantly coloured and themed online slots to choose from. To have a taste of the latest online slots Canada, you’d better join top-tier casinos as they usually offer the newest titles as soon as they are released. Here’s a quick look at some of the most exciting new releases from different providers, fresh from the oven:

Kalamba Games took ‘hot’ to a whole new level in its newest lava-themed slot, the Lady Lava online slot machine. The gameplay in this 5×3, 20-payline slot is bursting with ingenious skills on the developer’s part and is bound to melt your heart. The setting is a tropical lush green utopia with a volatile volcano bubbling on in the background, ready to blow your mind.

You’ll also relish the game’s high volatility along with the maximum possible payout of 3,700x your total stake if you’re lucky enough. And aside from the top payout, some smoking hot wins are definitely on the horizon, thanks to a 4-level cashpot payout, provided you play your cards right. Better still, you could also boost your winning potential via multiplier wilds and free spins.

The Solar Queen MegawaysTM slot game is one of the most electrifying hits from Playson, owing to its super attractive visuals and familiar yet captivating storyline. Casino players just can’t seem to get enough of the Egyptian thematic concept on the reels. Playson did not waste any time adding one more to the pool. This game features the MegawaysTM gaming mechanic, a proprietary gameplay system that affords players more ways to win, in this case, 7776.

This Solar Queen MegawaysTM slot machine is not Playson’s first rodeo as it is a sequel to an earlier 2019 release: the Solar Queen slot. And as with any sequel, the latter always has some upgrades in features and payouts. Transforming wilds, free spins and a buy feature lay the groundwork for punters to garner more enviable wins.

iSoftBet’s North American-themed Moon Spirit: Hold and Win slot machine is set to wade off bad losing dreams and make a punter’s wealth-oriented dreams come true. As you would expect, the symbols represent moon rituals and myths found in the Native American and First Nations tribes. From wolves and dream catchers to natives, you’ll immediately get the gist of the spiritual vibe iSoftBet was going for.

The Hold and Win feature is the cherry on the cake for this 243-pay ways slot, as the respins are epic. The totem levels are a feature that fans will be eagerly waiting to trigger as they climb the levels and increase their win potential. The graphics are on point, and when you stare at the vault long enough, there’s no doubt that you’ll want a piece if not all of what’s inside.

4.Legend of the Dragon – Play’n Go

Play’n Go has just released an ice-breathing dragon onto the slots scene, and no, it’s not Daenerys’ undead Viserion. Instead, this one is inspired by Japanese mythology. Instead of bringing down magical walls with its breath, the ice dragon in The Legend of the Ice Dragon game bears some good luck for players.

Audacious punters that dare enter the dragon’s den where a gargantuan treasure waits to be discovered will be richly rewarded. In addition, the game has a hidden superpower thanks to the Frames feature that operates in the same way as Play’n Go’s Wild Frames feature.

High rollers will be rushing to get a piece of the loot in this high-variance game from OneTouch. This grandiose 8×8 slot with cluster pays will have punters attempting to pull off one of the biggest heists in slot history with the help of multipliers that pay up to 3,500x the stake. This is not a venture for the lighthearted, but the gems and treasures that lie ahead are enough to convince some to take the chance.

Take Your Pick this Autumn!

Playing new online slots is not just about entertainment. Slot machine enthusiasts get to have a variety of options with different experiences, features, and of course, perks. Meanwhile, slot developers are increasingly getting competitive with one another. This is leading to a fascinating mélange of slots for players of all tastes. This autumn, we’ve already picked some of the hottest releases for you, but there are loads more around the corner. With online casino slots, every season is slot season, and there’s always one or two that will keep you glued to the reels.