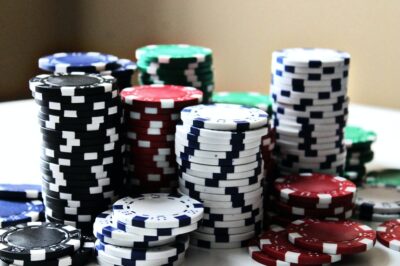 It’s one of the most important skills to develop as a tournament player – stealing the blinds. Players don’t seem bothered about stealing the blinds early on. However, soon as the blinds and antes rise and represent more value, the best players are fighting over them. It’s a skill that will help your in the money rate and ultimately your long-term profitability in tournament poker.

When I started playing online, it was a secretive thing that was not discussed. Most players did it without divulging the information. Even in live tournaments, you’d steal from the button, the big blind would show just an ace and you’d muck… but claim a better hand. Things are a little different now but it’s still a critical skill to learn and implement on European, Asian and USA friendly poker sites.

How Can I Keep Stealing the Blinds?

Sometimes stubbornness and being relentless is a good thing in poker. I see players attempt a couple of steals, get 3 bet and go into a shell. They have the mentality that they will tighten up, hope to get 3 bet again, yet still get paid. There are worse things to do but it’s not great strategy in my book (I haven’t actually authored a book yet!).

I always tell players to continue with what you think is right. People seem to forget the beauty of the small open raises. It allows you to raise more frequently as you need a lower success % for it to be profitable. Why bother raising so small if you are only doing it with the top 15% of hands? To answer the question though, we can try several things.

3 Bet the Cut-off from the Button

Players know that the button is the prime spot for stealing, so many players are widening their range from cut-off instead. It looks like threatening doesn’t it when you see a raise from there? Guess what? A lot of players know this and are effectively “stealing the button”. A simple counter play is to 3 bet from the button. The beauty in this play is that cards are almost irrelevant and it has a high success rate. Yes, there are players that pick up on this if you do it too much but these are few and far between. This works best against those who have demonstrated a lot of activity from the cut-off but even against solid players it can be profitable.

Consider a tight player in the cut-off with A-9. They will gladly open raise this but fold without question. The best part of the 3 bet in this spot is that most people are less inclined to play 3 bet pots out of position many will just fold pre flop.

This is a tricky play that should be used sporadically and only with the right table makeup. A min raise from early position screams strength to most online players. They respect early position and the min raise too. By opening raising the minimum from under the gun, you are telling the table you want action and this sends alarm signals. You might be surprised how often this play will get through. Sometimes you get the big blind defend but even then, it’s ok, you have the perception of strength and position. A continuation bet will work a high amount of the time in this situation.

A great spot to pick up chips is actually in blind battles, specifically if you’re the big blind. The psychology involved in blind battles is fascinating but it boils down to aggression and position. If the small blind raises, you know, that he knows, you have a random hand and is likely stealing. Now you know that, you can just 3 bet him and likely win. What if he limps? Raise again, you know he probably would have raised himself if he had something so just bet and pick it up. Blind battles are less about hand strength and more about wanting that pot.

Take the Nothing Pots

Online poker may not be as easy as it was, but there is still a heck of a lot of favourable spots in tournaments. There is an abundance of nothing pots around. Pick them up throughout a tournament and you will increase your chances of success. It doesn’t take much, just bet at them and see.

Most players are not giving the game enough attention. Perhaps they see a 4 big blind pot and don’t care or maybe they are watching Netflix. They are probably playing too many tables and only playing their cards. Take advantage of these nothing pots. I mean the pots where it’s a limped pot, it’s checked round and maybe you’re in the big blind with nothing. Take a stab and win the free chips.

The last tip I can give is the simplest of all. Don’t stop raising your button. Soon as you stop, you’re beat and only waiting for luck to help you. People may 3 bet you, but they won’t every time. If they start 3 betting too much, that’s fine, they are risking more than you are. You can choose to take a stand with a lesser hand and make him show you better or you can play patient.

The reality is, the small open raise is still incredibly profitable from the button. A competent post flop player won’t mind the blinds calling and is also happy to steal the blinds. Either way, you’re golden in the long run. Keep opening your button and don’t give up.

Blind stealing is essential to being a successful tournament player. It reduces the variance and ensures you’re not just relying on good cards to see you through. The best tournament players are looking for profitable scenarios, not just profitable cards. This means thinking on your feet, adapting and perhaps being innovative. This may mean 3 betting the cutoff, trying a tricky minimum raise from early position or pounding on the small blind. These are all little strategies that you can incorporate into your game to help you have a better chance of surviving the increasing blinds.

If you enjoyed this article and want help with your tournament game. Feel free to trial our poker mentor service by email.