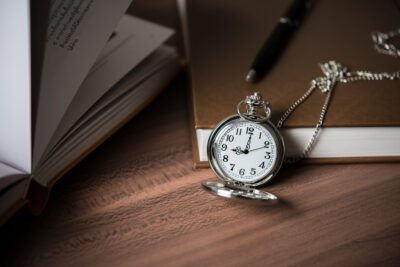 A semi bluff is a bet made on the flop or turn designed to pick up the pot immediately or improve by the river and win at showdown. It’s usually a bet made with a straight or flush draw or with two overcards to the board.

Let’s look at an example:

You are called by the big blind. The flop falls:

Now, at this exact moment you have ten high but let’s look at the hand closer. You have an open ended straight flush draw giving you 15 likely outs to win the pot by the river. This represents approximately 57% chance of the winning hand, if we assign your opponent a hand like Ace Jack offsuit. This is a perfect moment to semi bluff all in and either pick up the pot now or if you are called, win by showdown.

When do I Semi Bluff?

As always, position is important when semi bluffing, as is the stack sizes. It is usually a good idea to have deep stacks or sufficient fold equity when considering semi bluffing. There’s not much point trying any type of bluff if you are committed to calling your opponents all in.

Trying to semi bluff out of position is not a simple as in position but it can be achieved by check raising and defining an opponent’s range. This allows you the opportunity to outright bluff later if you miss your hand. Naturally the benefit of being in position is seeing how your opponent acts before you decide to bet. This is not possible when you are first to act thus semi bluffing becomes tricky.

Semi Bluffing is a tendency and behaviour habit. Weak players tend not to think about semi bluffing draws and will often call down or do crazy nonsensical bluffs. It’s important to be aware of what you have shown down in hands and think about the context of the hand and history with your opponent. Ask yourself questions below when considering semi bluffing lines in hands.

Semi bluffing is another weapon in the professional player’s arsenal that can be employed many times a session intuitively. If you have an aptitude for maths and observe your opponent’s closely, you too should be using the semi bluff often.

I hope you enjoyed this article on semi bluffing. If you are interested in improving your bluffing, we have a poker course dedicated to it. 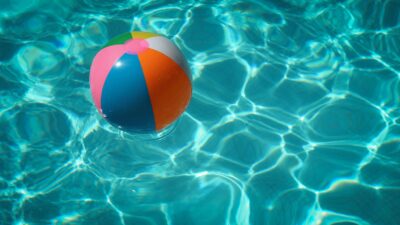 What is a Float in Poker?

A rarely used poker phrase, a poker float is slang for calling an opponent’s bet with the sole intention of taking away the pot later in the hand.

How do I use a Poker Float?

The poker float should be used against opposition that you have identified as continuation betting or flop betting too much. It’s important that you use it against those who are unlikely to barrel off. Many a player will continuation bet heads up or even multi-way on certain board textures, but a smaller percentage will keep firing bets on the turn and river. The float protects you against those that like to c bet but liable to give up later, particularly out of position.

Why Not Just Re Raise on the Flop?

It is also a cheaper alternative to just re-raising a continuation bet as a turn bet need only be a small probing to take the pot away when an opponent is just continuation betting.

Example:
Player A raises before the flop to £10 and you call from the button.

Your opponent continuation bets £20. You decide to call in position.

You win the pot and muck:

The cost of a re raise is likely to be at least £55 whilst calling means you are feeling your opponent out cheaper. By calling you are giving yourself the option to bet the turn for as little as £20 or £25 thus saving you the additional £10 or more it costs to re raise on the flop.

Secondly, by calling post flop, you are representing more strength, in my humble opinion, than re raising. By re raising in these kinds of spots, you have to question whether it is how you would actually play the hand you are representing. Would you re raise with AT-AQ here? This is why floating is so powerful as you are playing it the same way you would play a strong hand.

It’s also worth pointing out that floating is more likely to work as a bluff in these scenarios. By 3 betting the flop you often find a player will click it back to you (often with nothing themselves) whereas a float is more likely to protect you against being re bluffed.

A poker float is an excellent post flop poker move. It relies on your ability to understand your opponent’s tendencies and exploit them. You can use this move with impunity against regs at low stakes in both cash games and tournaments, particularly if they are playing lots of tables. It will make you very difficult to play against post flop, make you more money and you’ll enjoy it too.

I hope you enjoyed this article, if you are interested in knowing more about floating or anything else, please contact us today and see how we can help you take your game to the next level.