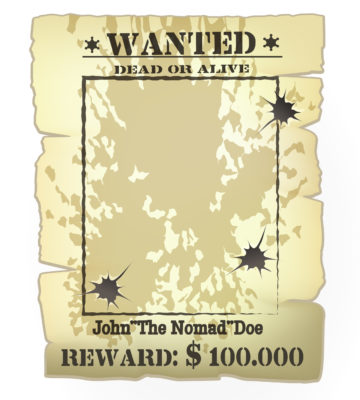 Bounty tournaments have been increasing in popularity for years. Check the tournament schedule on any online poker lobby and you’ll see plenty of them running. In this article I’ll take a look at what a bounty poker tournament is, why they are popular and offer some tips on what to expect.

What is a Bounty Poker Tournament?

A bounty tournament is where players are rewarded for knocking out their opponents. The amount they can win is dependant on the tournament, some offer 20% of the buy-in as the bounty.

Why Are Bounty Poker Tournaments Popular?

Its tournament poker with a twist. You can make money, or some of your buy-in back without even having to cash. This is particularly appealing for those who like to take risks early on and gamble it up. Where they may usually have a low ITM rate, bounty poker tournaments offer a way of claiming some money back. Most online tournament takes a few hours to hit the money so one can see the appeal of incentivising knocking out opponents.

Bounty poker or “knockout” tournament poker has a different feel to it. Soon as a short stack goes all-in, they are swamped by people trying to take their bounty. Sometimes you’d think the bounty was 50% of the buy-in (some knockout tournaments do offer this level as bounty). But, it’s important to recognise and calculate the risks throughout a tournament. If a player is all in, look at how much of your stack you need to risk in order to win the bounty. If it’s a high percentage of your stack, you need to consider whether your hand is likely to be ahead of their range. I see too many players make soft calls in bounty tournaments when they should still be employing solid calling ranges.

If you have an opponent all in and you think you have them beat; you are often best served isolating that player. This protects you, as it reduces the chances of more people entering the pot to try and win the bounty. I’ve found this a more successful strategy than making lots of light calls that end up multi-way. By playing that way, you are more likely to bleed your stack. Remember, in those hands you have to beat more players hands so you’re playing a riskier, high variance game.

As with most tournaments, the weaker players often bust early. This is especially true for bounty tournaments where there are lots of even weaker players looking to gamble. Therefore, you should want to take advantage of this by playing from the start. It’s great that online poker sites let you register late, but don’t be one of the late entrants if you want to improve your chances of building a stack against fishy opponents.

Don’t go mad trying to bust people early on. Even in bounty tournaments that offer a higher percentage, it pays better to go deep. Therefore, your tournament poker strategy should not change significantly in this regard. Going deeper trumps some early bounties. There’s no substitute for a final table finish so stay solid and don’t let what other players are doing affect you.

Bounty poker tournaments are an innovative twist on regular tournaments. They are available at online poker rooms at CasinoDeps.co.nz and most major poker sites. They are arguably more profitable for regular tournament players due to bad players making incorrect adjustments. The final table pay-outs may not be as high as they otherwise could be, but they reel in weaker players so swings and roundabouts. If you decide to give them a shot, remember to register early, play solid and isolate those short stack shovers!

Are you a poker training video member yet? Why not join for a year? Most of our videos are geared towards low stakes poker tournaments. Read our latest review, register with us and get 75% off.