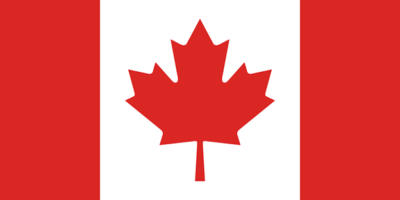 Poker is one of the most popular casino games on offer and has been around for a long time. One of the most popular variants of poker which you can play on online Canadian providers is Texas Holdem; a strategic version in which players must make calculated mathematical and psychological decisions in order to win.

The aim of the game is to make the best decisions possible in order to win as many chips as you can over multiple hands. Growing popular in the 19th century, Texas Hold’em became a highly popular variant of poker for people to play in which its simple rules boast great appeal. That being said, players need to be tactful and patient if they stand a chance of winning. That’s why our site is dedicated to helping enthusiasts develop their knowledge.

Where can Texas Hold’em be Played?

While players used to have to visit a brick-and-mortar casino venue to get their fix of Texas Hold’em, one of the great things about today is that it’s never been easier to play. Thanks to a sharp rise in technological evolution, online poker is now one of the most popular methods of playing where players can access the game from anywhere and at any time.

Recently, playing a game of poker online has become much safer in Ontario, Canada due to the changing gambling laws. The beginning of April 2022 saw Ontario, regulated the use of online casinos meaning residents can freely and legally play at poker sites. 888poker.ca are one of the first to become fully compliant site available to Ontario Canada residents, the site offers a range of poker games including the popular game of Texas Holdem as well as poker  tournaments. It also provides beginners a useful guide on how to play the game and the different hands that can be used throughout the game.

Online gambling institutions across Canada are required to hold a licence with the local region in order to be able to operate legally, however there are also a number of options for local people to also access offshore providers without breaking the law.

The growth of online poker

Over the last decade, as technological advancements have made casino games more accessible to people across the world, more and more people have been able to play. As such, many people are now discovering the variant – Texas Hold’em. A large part of the appeal of the game is that while the game requires a little knowledge and a lot of intuition to play successfully, it also has one of the simplest set of rules when compared to other poker games.

Today, online poker has become so popular that many people even play as a profession. Usually, to get to that level requires dedication and investment in poker training.  Thanks to an abundance of resources, different levels of poker rooms and abundance of poker tournaments, it’s never been easier for today’s poker players to learn new terminology and improve their skills.

Now you know where you can play, the regulations in Canada and some history about this amazing game, lets look at the best starting hands you will want to play…

Otherwise known as pocket aces, this is the best starting hand in Texas Hold’em. If you can get your money all in before the flop, go for it as you will be a favourite. After the flop, the hand is always an overpair but be careful when deepstacked and on co-ordinated boards, particularly multi-way.

A King-king is when you start with a pair of kings, also known as the cowboys or King Kong. This is a strongly favoured hand that ranks after a pair of aces. However, if there is an ace showing on the flop then your hand is in danger.

​A pair of queens is also known as ladies and is considered in the top three best starting hands. While it is a strong hand to start with, there will be an ace or king on flops to be wary of.

The Jack-jack is a starting hand that contains a pair of jacks. It is also known as hooks or fish hooks. This hand usually ranks around number 6 compared to other starting hands. This is a strong hand to play. However it shouldn’t be favoured above the others as you can be caught out by a pair of aces, kings or queens, especially in 9 handed games.

A 10-10 is the only starting hand that’s ranked in the top 10 that isn’t a face card or an ace. This hand should be played aggressively unless you’re facing lots of pressure from a tight opponent. You’ll often run into a higher card after the flop so don’t go crazy with these.