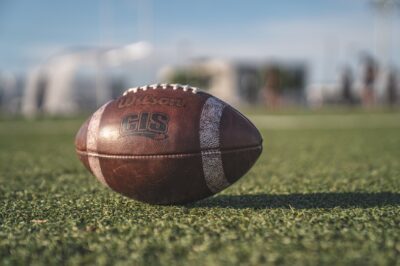 Winning the Super Bowl is usually glory associated with the man under center. Sure, great defenses get their fair share of credit, but when it comes to winning the Super Bowl, quarterbacks eat up a lion’s share of the credit. Thirty-one of the 55 thus far have been selected from the quarterback positions. But not every quarterback who has won a Super Bowl will immediately spring to the forefront of football fans minds.

NFL stats reflect that there have been several unlikely heroes that stepped up in the biggest games to lead their teams to championships. For every player of high pedigree who leads a team in the big moment, there are many more grinders who step out of nowhere to win a championship.

Jeff Hostetler was drafted by the New York Giants in the third round of the NFL Draft in 1985. Hostetler didn’t play much at his drafted position, quarterback, during his first five seasons. He was so eager to play he volunteered to play other positions and had some success playing special teams, blocking a punt in a game in 1986.

In Super Bowl XXV, Hostetler was a solid presence in the Giants’ 20-19 upset win over the Bills. He completed 20 of 32 passes for 222 yards and a touchdown. Hostetler had a solid NFL career, recording a 51-32 record in 12 seasons between three teams.

The Pedigree Was Always There

Trent Dilfer was drafted sixth overall by the Tampa Bay Buccaneers in 1994. Dilfer would even make a Pro Bowl in 1997 when he had his career-best season, passing for 2,555 yards and 21 touchdowns against 11 interceptions for Tampa Bay. However, Dilfer never became the franchise-changing quarterback the Buccaneers hoped he would and would be let go by Tampa Bay in 1999.

After signing with the Ravens in 2000, Dilfer appeared to be destined to serve as the backup to Tony Banks. Dilfer was put into the lineup after Banks struggled and led Baltimore to a 7-1 record in the regular season.

Behind a strong game from Jamal Lewis, Dilfer wasn’t asked to do much. He threw 11 touchdowns and 11 interceptions during the regular season, passing for 1,503 yards. After Baltimore finished 12-4, second in the AFC Central, the Ravens entered the playoffs as a Wild Card.

In four playoff games, Dilfer took care of the ball while the Baltimore defense wrecked opposing offenses. The Ravens won Super Bowl XXV 34-7, while Dilfer passed for 153 yards and a touchdown. Dilfer finished his career with a 58-55 career record as a starting quarterback. The Ravens would let Dilfer go after the season to bring in Elvis Grbac.

Long-Time Veteran Gets the Job Done

Brad Johnson finished his career with a respectable 72-53 record as a starting quarterback and was a two-time Pro Bowler. Johnson was a steady, yet unspectacular quarterback. He passed for 4,000 yards in a season once with Washington and had four seasons (one with Minnesota and three with Tampa Bay) where he threw for 3,000-yards or more. However, in the pantheon of Super Bowl winning quarterbacks, his career credentials put him toward the bottom of the list.