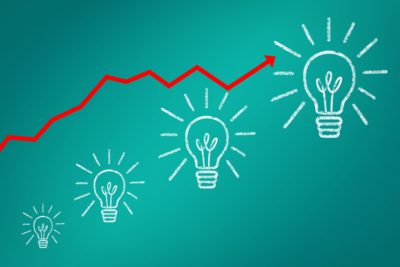 Poker is a straightforward game, for the most part. Most winning players at micro and low stakes are playing their own style that serves them well. They play that way and it’s enough to win and they’re happy with it. However, as you play more and move up stakes, “standard” or solid poker, will not be enough.

The turn re-raise bluff is one of the rarest bluffs in Texas Hold’em. I ask most of the players I mentor, how often do you raise the turn on a bluff, and the answer is always “rarely” or even “never”. It’s arguably one of the most successful bluffs to execute but so few tend to use it. Most players either make their bluff on the flop or on the river when the action closes.

The turn re-raise bluff works well against players capable of folding medium to weak strength hands. The turn re-raise is a very strong signal of strength. After all, it is later in the hand and to raise the turn will likely be costly. Most players are raising the turn because they want to build the pot for value and charge their opponent to outdraw.

To execute the turn re-raise bluff, you need to ensure you are playing deep stacked games, have pegged your opponent on a weak or medium strength hand (i.e. no stronger than top pair with weak kicker). It also works well if the turn card favours your range. For instance, you called a flop continuation bet on a perceived draw, and the draw card hits on the turn. One of the modules in the Texas Hold’em Questions poker bluffing course is dedicated to the turn re-raise bluff.

This play gained some popularity a few years ago but is used far less nowadays. It’s a fantastic play to use in aggressive games because players will stack off far lighter than you think. If you are dealt pocket aces or pocket kings and flat call an initial raise, someone behind you with a hand like ace-queen or pocket tens will often put in a raise. Some players even squeeze lightly, incorrectly sensing weakness on your part. Thus, when the initial raiser folds and action is back on you.

It’s an advanced poker play as few players have the patience to smooth call big pocket pairs.  Smooth calling is a tricky play too. Sometimes it means you’re going to have to play post flop with a big pair, potentially multi-way. It’s only worth doing, if you have aggressive players behind you, something that is common on poker sites in America and Europe too.

This is a more common bluff among the advanced players. Twenty years ago and it was practically unheard of! As poker became more aggressive and players started understanding “ranges”, they found new and innovative ways to win pots pre-flop. Now, when you open from the button and the blinds 3 bet, you may opt for a 4 bet bluff. The logic behind it is sound. If your opponent is a light 3 bettor, you can start to incorporate 4 bet bluffing as part of your overall strategy.

The 4 bet bluff works well when stacks are deeper, when you have decent image and if you’ve not shown down any light 4 bet shoves already.

I’ve mentioned the value of over-bets in a previous article and I stand by it. The over-bet bluff is used by expert and novice but the difference is why and when. Context is everything in poker and executing this over-bet shove bluff correctly is very satisfying and rewarding.

To pull of this bet without getting called, you need to have your opponent read for a hand that is no stronger than top pair. It will usually involve betting every street, although it’s not 100% necessary. As long as the board run out is favourable to your perceived range and your opponent is capable of folding, go for it. The reason why it’s better than just an 80% pot bet is because players pot control and more likely to make a hero call if it is just a normal bet. By overbetting, you significantly help your chances of a fold as you’re giving them a terrible price. People often think you have a super strong hand hoping to get called or don’t have much themselves, shrug and fold, thinking you are a bad player.

There’s nothing wrong playing a solid game and playing careful. Often, that is enough to win at poker so there’s not much reason to deviate from that. However, there are times when you will be up against strong opponents. Against them, you need to have a advanced plays to rely on to help your chances. I hope you consider using some of these advanced plays in the future, and you pull them off.