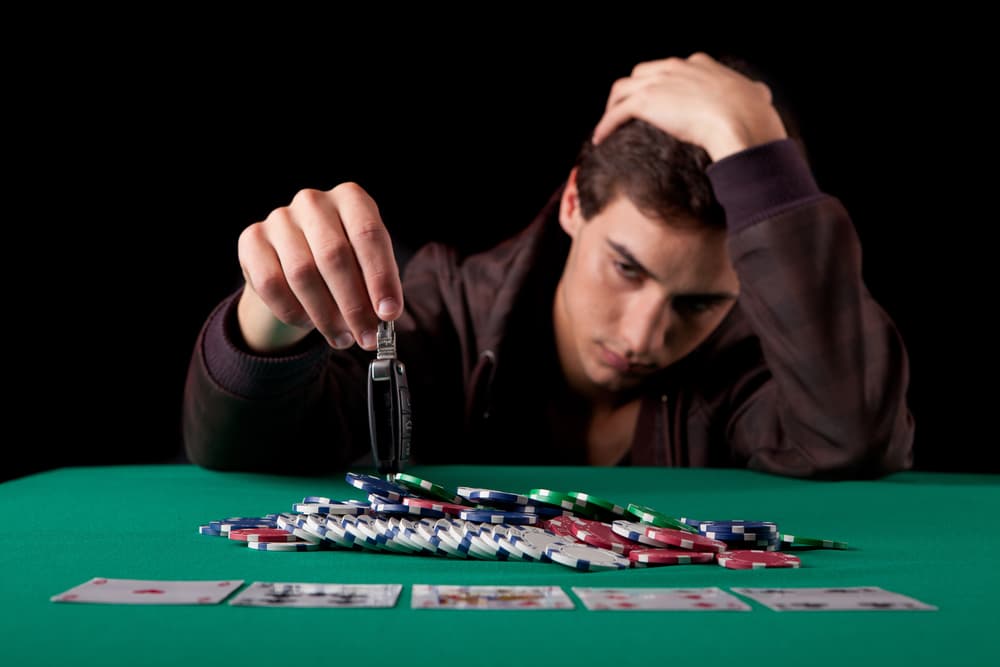 Calling stations are frequently found at the poker table. You’ll notice them in live games and online, regardless of stakes. They can be the easiest player to make money from but can also be the bane of a LAG poker player existence if adjustments are not made to properly exploit them. Do you have trouble with calling stations? Don’t worry! In this article we are going to explain what a calling station, tell you how to spot them, how to get the big payoffs from them and offer some tips on things to avoid doing too.

What is a calling station?

A calling station is someone that calls too much, often calling all the way to showdown.

How to spot a calling station?

There are some easy ways to spot a calling station. With poker software like HUDs tracking stats, you should be using these to exploit opponent’s tendencies. A calling station will have a high VPIP percentage, a low PFR, and a high went to showdown percentage. These are poor poker stats to have as it’s widely accepted that playing too many hands and passively is a recipe for a poor poker win rate and be a big part of why they’re losing at poker.

I recommend you tag calling stations soon as you recognize that is what they are. Even in the absence of poker stat tracking software, a station can be easily spotted. You’ll see them at the local casino saying “I have to call” regularly. They only see their hand and don’t care about context or flop textures.

How to get the maximum

Once you’ve identified a player as a calling station you’ll want to adjust your strategy against them to ensure you are banking the most amount of money/tournament chips. The good news is that a calling station is probably the easiest type of poker player to beat (provided you don’t deviate). Below are two tips to help you get the most value from them.

Since we know calling stations like to show their hand down, we need to ensure we get the most amount from them. Against tighter and more conservative opponents, we might offer lucrative odds to ensure a pay-off. This is not the case against a calling station and is actually wasted value. Instead, we should be executing bigger pots and even over-betting the pot when we are confident our hand is best. Since a calling station doesn’t pay notice to the size of the bet, we should punish them with impunity, betting big to get the most amount possible.

The first step to getting the most from a calling station is to get them heads up. The more people in the pot, the less likely our hand is best. Additionally, sometimes we can just continuation bet and win the pot against a calling station. Whilst they have a propensity to call down, they will only continue past the flop if they have a piece. Remember, a player only hits the flop 1 in 3 so there is a good chance they will just fold.

It’s baffling to me that people whine and moan about calling stations. Lots of players I mentor have complained about problems that they find with calling stations beating them. The big problem people have is that they don’t modify their strategy. They assume a calling station thinks like a TAG or regular. Obviously, this isn’t the case so there are things you must avoid if you want to ensure a high poker win rate against them.

Bluffing is essential to winning at poker but there are times and places where it will work and unfortunately calling stations aren’t the right ones to bluff. As we’ve identified, they are going to have a high WTSD % which shows they will be calling you down. It doesn’t matter if your bluff looks legitimate or that you 3-bet an early position raise. Therefore, you need to slow down the bluffs and limit them to a continuation bet. If you get called on the flop, it’s time to put on the brakes.

Something I’ve seen in live games for years is the berating of calling stations. You may have seen it too. A creative poker player does an elaborate bluff, gets called and proceeds to berate the player: “What a terrible call”, “how can you call that?” “You idiot” etc. These are the kinds of comments some players make to calling stations. Berating opponents is never a good idea, especially when they are likely losing players and you want to play them in the future. If a poker player has a bad experience, they might not return in the future. Instead, you should be kinder to opponents and say “nice hand” when they rake a pot they really shouldn’t.

Another common mistake players make is calling raises from a station. Since a calling station is rarely raising and betting, you should be running a mile with anything less than a monster when they start betting into you. A calling station only knows two plays usually; call and fold. So, you should be very wary when they are taking aggressive lines as its likely to be a big hand. Sadly, some players try to be a station back to them and find themselves losing more money.