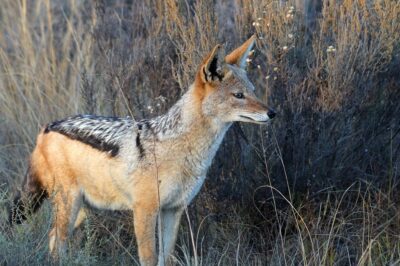 I’m sure you’re all aware of Phil Hellmuth. Love him or hate him, you have to respect him. An acclaimed author and the unofficial King of the WSOP, he has been a figurehead for poker for decades. But, did you know about his classifications of animals in poker? In this article we’re going to share these animals and what their meanings are. The value in classifying players as animals is immense. By categorising your opponents, you will be able to modify your strategy accordingly based on their common traits.

Starting with the jackal, this is the typical bad LAG you find in low stakes games online. These players are reckless and have little to no regard for fundamental poker concepts like hand selection. Their stack will yoyo in tournaments from small to large due to the volatile nature of their game. A jackal’s tendencies can lead to them being the table captain. If they are at a passive table, they can run them over.

A jackal rarely does well in games above NL $25 due to the fact players can pick them off. A jackal will get called down lightly and bluff of their money to better players. Despite what other guides may say, the best way to beat a jackal is to set traps for them as they will predictably bluff if you check often.

This animal is one you’ll rarely need to use. This poker animal is the cream of the crop and considered by Hellmuth to be in the top 100. Suffice to say you’re probably not going to face off against any of these in the low stake’s games.

An eagle will be playing high stakes and winning. They’re the best players around and have studied poker for years. Not only that, they have off the table skills that separates them from everyone else.

An eagle is what you can aspire to be in the future. But, don’t feel bad if you don’t reach this status as it’s an elite club!

An elephant can be found in most low stakes poker games. They enter into the pot with a wide range of hands and essentially unbluffable. A lot of beginners start off this way, calling hands down until the river and finding themselves beat all the time. They are otherwise known as a calling station.

There’s no point trying to bluff an elephant as they are not playing you or the scenario. They call down with as weak as bottom pair so don’t waste tournament chips or cash trying to get them off a hand. Instead, value bet these opponents like there’s no tomorrow.

An elephant is an easy player to beat as you can value bet thinly against them.

A mouse is a conservative poker player who only enters the pot with very strong hands. They seldom bluff and are only relying on their superior starting hands to win. A more recent title for a mouse is a “nit”, a player that is risk averse and rarely putting in a 3 bet or 4 bet.

This poker animal is very predictable and beatable even at the micro stakes games. An observant player will simply fold if a mouse raises. To beat this type of player, you can just bully them constantly, regularly picking up blinds and antes. It may appear boring work, but it’s the most effective way to beat a mouse.

It’s worth noting that a mouse is not necessarily a losing player. This ultra conservative way of playing can actually make money in the lowest stakes games. This is due the fact some players don’t react accordingly and still give a mouse action.

A mouse won’t ever rise to the higher stakes games though as their uncreative way of playing won’t generate any winnings against competent players.

A lion is an excellent poker player with solid overall poker skills. They are making their money from the other weaker poker animals. A lion typically adopts a tight aggressive poker strategy that works very well, even up to mid stakes. It will bluff at opportune moments and have solid starting hand entry requirements. They’re also creative enough to play speculative hands if the situation calls for it, thereby getting action from other players.

A lion can be found at most stakes online as the TAG strategy continues to be one of the most profitable ways of playing in the 2020s.

There you have it, Phil Hellmuth’s poker animals explained. As you can see, there are quite a few, each with their strengths and weaknesses. If you’ve noticed yourself in any of the weaker poker animals and want to become a lion, why not get in touch? We’d be happy to offer a hand history review session or consultation call to see how we can help you develop? 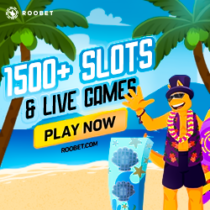