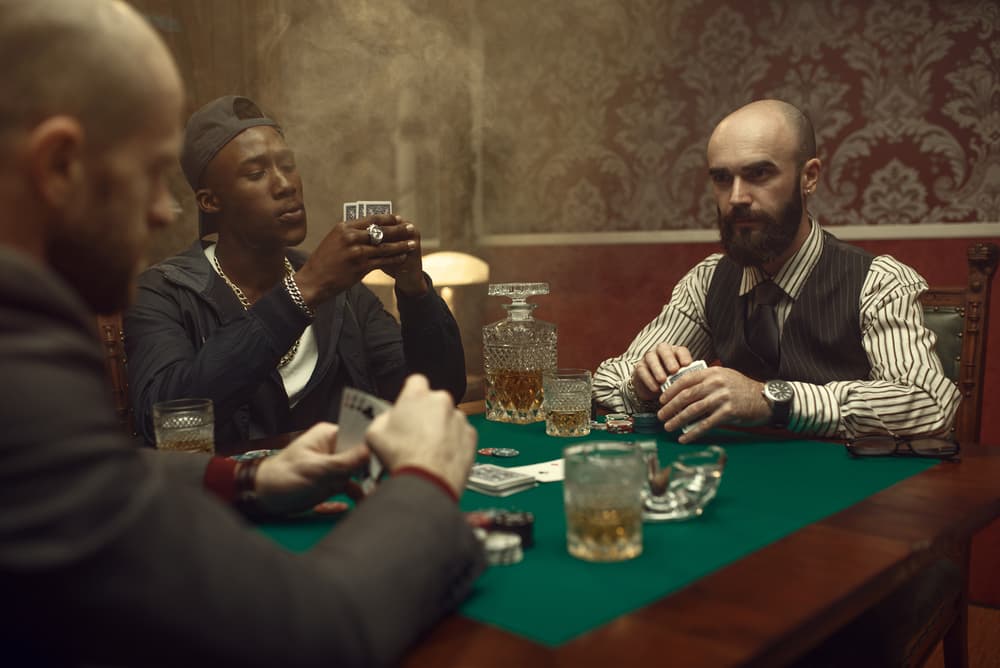 Anyone who has played a decent amount of live play will tell you that there are categories of players you’ll find in live games. They can be easily grouped as they fit a specific criterion. It doesn’t matter if you play in London, Las Vegas or Lillestrøm, you’ll find these poker stereotypes at a casino or local cardrooms. This article should be entertaining for the experienced live players who will identify with stereotypes and hopefully educational for those wanting to venture into live games too. Let’s get to it…

One of the most obvious players to spot in live games is the person trying to emulate a professional. They will usually adorn themselves in shades, a hoody and have headphones on while playing. They’ve seen plenty of poker online and idolise the trending phenoms in the poker world. You’ll usually see them play a LAG poker style but unlike their heroes, their bluffs will be easier to read and pick up.

Wannabe professionals can often be winning players although their ego usually hurts live poker win rate. As such, few wannabe pro’s make the transition to professional, having to be settle with part-time poker status instead.

You occasionally find this poker stereotype in a low buy-in tournament. The newbie is someone who hasn’t played live poker before and is probably lacking the fundamentals. They will be nervous, making mistakes like folding out of turn or knocking over their chips. They might even have a poker cheat sheet printed off and keep referring to it throughout the night.

Despite their lack of fundamentals, they can be tricky to play against as you figure out what level they are at and how you need to adjust to properly exploit their weaknesses.

Live games on weekends often have businessmen who have finished their working day and keen to play poker and casino games. They are smartly dressed, have a lot of money on them and see poker as an exciting challenge. Most businessmen who play are self-employed men who own their own businesses’. They play higher than their ability and it shows.

Some businessmen have a great knack for poker though and its only inexperience that prevents them becoming expert. They often lack the patience required to win big and are prone to making hero calls. This is the poker stereotype; some businessmen are just bad players and will constantly reload and have a propensity to bluff too much.

Guilty as charged. I was a “lecturer” early in my poker career, often educating weaker players instead of staying quiet. The lecturer is typically a decent, tight aggressive poker player who has played lots of live poker. They can often be seen talking strategy and asking a fish why they made a specific play. Lecturers are disliked by experts as they are helping the inferior players up their game – something no winning player wants.

It’s not just online games that have nits you know. A nitty grinder is extremely patient, waiting for the fishes to donk of their chips or money. They’re easy to spot and are often given derogatory names by other regulars. In Nottingham, England, a “karabiner” the name given to those that play very tight.

The nitty grinder is well acquainted with the cardroom, knowing everyone by first name, including the dealers. It’s worth noting this poker stereotype is often a winning player. The fact they play this way should harm their rate as surely people don’t pay them off? Wrong. In live poker games, many punters fail to make the adjustment and pay off the grinders anyway.

Live games can be tedious when you’re sit next to the moaner. This player will whine all session, telling you bad beat stories and how unlucky they are. The moaners are usually losing players and don’t expect much positivity in the future. They’ll even tell you when they fold four-seven and they would have flopped a full house after they mucked pre-flop.

Moaners usually play a hypocritical poker style. They’ll complain that an opponent played ace three from early position to beat them saying “I would never play that hand from there”, then proceed to show you similar later in the session.

Finally, we come to the quiet one. The saying “watch the quiet ones” is certainly true for live poker games. These are the players you barely notice are there until the end of the session and you realise how much they’ve won. They don’t boast about their winnings or show bluffs. The silent winner quietly goes about their business, winning the pots they contest and generating a healthy profit each session. They will set traps for the aggressive players, bluff catch at opportune moments and value bet thinly when necessary. These are the ones to watch out for.