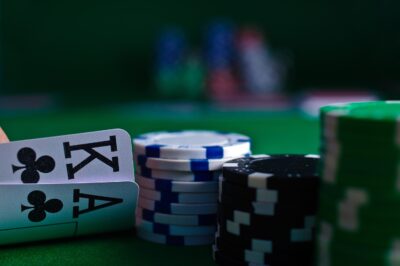 Most strategy guides or hand selection charts highlight the value of later position or the challenges from early position. However, few tools give thorough coverage of middle position in poker. It’s one of the ambiguous areas where players can run into problems; not playing enough hands, too worried about people behind you, not giving early position enough credit?

In this article we’re going to offer some support and even advise on the types of hands you should be happy to play. First of all, let’s get the basic stuff out of the way.

What is Middle Position in Poker?

What is Middle Position in 6 Max Games?

We’ve had a few questions in the past of players acting about middle position in short-handed games. There isn’t as much focus in 6 max games as there is only one middle position seat. It is the seat between under the gun plus one and the cut-off. This article is largely focusing on full ring games where there are nine players. This is the most common type of poker format, particularly in casinos where different games are offered. If you’re interested in other casino games click here to find out more.

One of the fundamental aspects to playing middle position solidly is to try and exploit weaker players who are in front of you, namely playing from early position. Other than the blinds, they are the only opponents who can potentially play position on so it’s important to recognise when a profitable scenario presents itself.

Modifying your strategy here should be fluid, intuitive and quite straight forward. For instance, if the early position opponents are tough TAG players, there is less value to calling raises against them with below-par hands like queen jack. Conversely, if they are fishy opponents who play post flop poorly, you can have a wider calling range. Thirdly, if your early position player entering the pot is a weak passive who likes to limp into the pot, you can attempt iso-raises frequently in the hope of shutting out other players and getting heads up against the weaker player. These are all sound ways of ensuring you are playing middle position poker well.

Your preflop raising range should be solid for the most part. After all, you will often find a player behind you calling or 3 betting and you may be playing multi-way. As such, we recommend a solid range in combination with hands that fare well when there’s multiple callers.

In addition to the standard premium hands and big aces, we recommend suited aces, broadway cards suited connectors. This range should give you a balanced perception from observant opponents, not so tight that they will only put you on big pairs but wide enough that you can legitimately represent other hands-on different board textures.

Due to middle position being a tricky spot to play from, your raises are likely to generate respect from other players. As such, it can be profitable to throw in some steals from middle position. We suggest doing employing this sporadically and only when you’ve noticed players in late position are nitty.

A middle position steal is unlikely to work if you have LAGs to the left of you or if you’ve continuously raised from that position already. Table image is key when it comes to stealing, particular in tournaments.