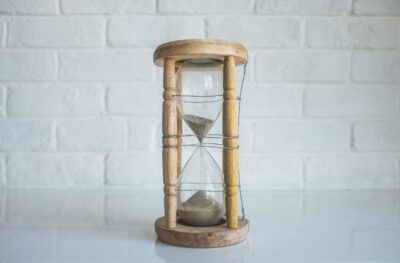 The online poker sites are continuously adapting and offering new games. They are doing a great job in keeping poker appealing and vibrant but some of this is not in the interest of serious players. In this article I’m going to share five reasons why the turbo poker format is not worth your time. This may seem like a contentious statement to make in an era where hyper turbo SNGs are turbo tournaments are the rave but by the end you will see why.

1) Your potential edge is smaller

The turbo formats may seem convenient due to the fact they finish quicker but your edge is smaller. This is due to shorter stacks, quicker increments and the high variance nature that comes with these formats.

Secondly, the grinders who play turbo poker have practically solved the game. So, you are playing against players that have used poker software to ensure they are playing as close to perfect as they can. Therefore, your natural edge has gone against these and it is only against the fishier players. Whilst you still have an edge, the luck element will surely reduce this significantly. After all, you have less opportunities to stack your opponents and are less likely to bluff them in this format.

I don’t intend to upset any players who make their money from turbo games but the truth is, turbo poker isn’t proper poker per se. You’re really playing just a small portion of what poker is, namely push/fold poker. There’s nothing “bad” about this but only learning what hands to play when under 20 big blinds is a tiny part of a complete poker game.

Poker is much more than knowing when to shove your short stack. It’s about the flop, turn and river too. It’s about post-flop decision making and maths, playing the player and executing timely bluffs. These concepts are practically lost on someone who is only playing turbo poker.

Most poker players run bad at some point in their journey. They come and go and its part and parcel of poker. However, good players will restrict the swings where possible and seek to take advantage of their skills to maintain a consistent and strong hourly win rate.

Turbo games are notorious for being very swingy which can lead to many buy-ins being lost before you turn a corner. The variance element is amplified in turbo games because you’re playing more showdown poker. This is what happens when you play a variant where nobody is deep stacked.

If you are happy to embrace big swings in luck, then perhaps you’ll enjoy the turbo format. The majority of players who come to Texas Hold’em Questions prefer consistent results.

Further to the argument that turbo poker is swingy, they can be mentally draining. Catch yourself on a bad run and you’ll be exhausted and fed up of them. This is not an environment where you can play your A game. Instead, a bad run in this format is likely to increase your chances of going on tilt. This is disastrous in a format where you can go through buy-ins in a matter of minutes.

Tilt is a challenge many poker players have to deal with. Some deal with it by knowing their games weaknesses and avoiding them. Turbo SNGs might be one that could set you off so be sure to avoid them if you’re someone that suffers with tilt issues.

5)Restrictive to the serious player

Anyone who wants to advance themselves and become a strong player will struggle with the turbo format. As previously stated, it’s push/fold for the majority of it which means you’re a little handcuffed. You’re restricted in the amount of moves you can do. Contrast this to deeper stacked games where you have many options available and you can see why I am anti-turbo poker for serious players.

An experienced poker player wants to exercise freedom in their decisions at the poker table. This is simply not possible in a super-fast format. A serious player will be frustrated that they can’t shift gears or make use of their post-flop skills

Clearly, I am not a huge fan of the turbo poker games online. It’s great that they exist as it captures the interest of recreational players and they are convenient too. However, for anyone who is keen to develop as a complete player, they’re far from ideal. I think there are better games around that can be more rewarding from a financial, intellectual and enjoyment perspective.

What is Spin and Go Poker?

A super-fast paced form of poker, spin and go poker is probably the most exciting, convenient and thrilling poker format available online. It is played on PokerStars, the largest online poker site in the world. It is played between 3 people, randomly drawn, featuring 500 chip starting stacks and hyper turbo blind levels.

You must win the SNG to win any money. This is the exciting part, first prize ranges from between two times your buy-in to 12,000! Prizes up to $1,000,000 can be won. The prize is randomly selected at the start of the SNG. They cater for all levels, with buy-ins ranging from 25c to $1,000. See table below for prizes and frequency for $5 and $10 stakes.

The incentive to to win such high amounts for low buy in draws in recreational players and makes spin and go poker very profitable for the few who understand how to play them correctly.

How to Win at Spin and Go Poker

A simple, basic strategy is to try to chip up early, attack often from button and small blind and understand your calling ranges. You also need to know what hands are profitable to shove as within a few levels it’s push/fold poker. Most inexperienced players make the mistake of waiting for a strong hand before going all in. This is a huge flaw in this format. To counter it, one need’s to be opening wide and often to accumulate as many chips, risk free, as possible. These basic tips can be summarised as follows:

Due to the fast-paced nature of this format, there are less complex post flop decision making. With experience and proper training, most decisions will come automatically. One of the poker resources we highly recommend using is PokerAid. Their software is developed primarily for spin and go poker. The software is truly remarkable, grouping your leaks and quickly highlighting solutions. This innovative way of learning is a much faster and fun way of learning and improving at poker than traditional studying. The software even prepares quizzes for you to help with challenging scenarios. Once you’ve finished a session, upload the data to PokerAid and you will be blown away. It is the best software for these SNGs. See video below:

Poker Aid is the ultimate spin and go poker training software. Their pricing is based on your buy in level and fantastic value for service. If you are playing up to $20 stakes, it costs just 74c per day, if paid yearly.

In order to turn a decent profit and have chance to earn lots at spin and go’s, you need to be prepared to put in the volume. A spin and go can be completed in less than 5 minutes so it’s not for the feint of heart. You can multi table them too so just think about how many you can play? These SNGs are littered with poor players making huge errors. In normal SNG poker, patience is rewarded until it’s push/fold late on. This is a concept lost on many players playing these. I’ve seen players folding for ½ their stack at low stakes. I tried a short session of these a few months ago and won 4/7 from memory. You can access this in our poker training video library.

Spin and Go poker is one of the most popular forms around at the moment. It draws in a lot of donkeys and there is potential to make a lot of money with the right strategy and decent volume. It may not be deep stacked poker or opportunity for triple barrel bluffs, it is a format that allows you to push a big edge. With Poker Aid software available to help you improve your game further, there is no reason to not give it a try. Who knows, perhaps you’ll be a spin and go pro? 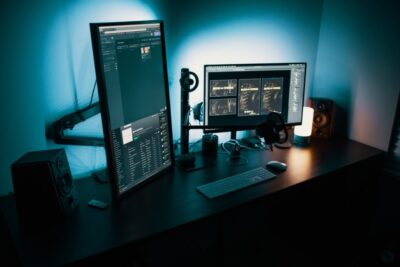 What is Sit N Go Poker?

A Sit N Go is a tournament with a predefined number of entrants, usually 9 or 18 but can be up to 180. Like a regular tournament, the top positions occupy the best cashes. It combines tournament strategy, survival, hand selection and the ability to play short stack well. Let’s look at reasons for and against playing Sit N Go poker.

Being able to play a tournament in an hour is far more convenient than playing one lasting 8. You have plans to go cinema tonight? Don’t worry you can still play a SNG. They rarely last more than 75 minutes and turbo SNGs are available too which take even less time.

Pro – Multi-Tabling is Easier with SNGs

You can increase your ROI easier with SNGs playing a few tables. If you are a competent player and looking at your ROI and hourly rate, you will quickly see you need to be playing several tables. Due to the relatively simple and predictable nature of a SNG, it is far simpler to multi table a sit n go than any other poker.

You will notice after playing many SNGs, that a defined strategy and hand selection will become imperative, particularly early on. This will improve your discipline before the flop and allow you to hone a strategy that works for you.

Con – Hard to Make Lots of Money from SNGS

We all play poker to make money, but unless you are playing many tables or playing decent stakes. It’s questionable how much money you can make. If you are ambitious and want to earn lots of money, SNGs may not be for you as you need a lot of volume to see tangible earnings.

Con – SNGs Can Be Boring

This may be a contentious “con” but I find sit n go poker quite boring. The predefined nature, the same opponents, the same pay-outs. Where cash games and tournaments are dynamic and engaging, sit n go poker is more rigid and predictable.

I hope you enjoyed this article. Our poker training video membership has a video on spin n go poker if you are interested, just email us at info@texasholdemquestions.com to find out how to view it.