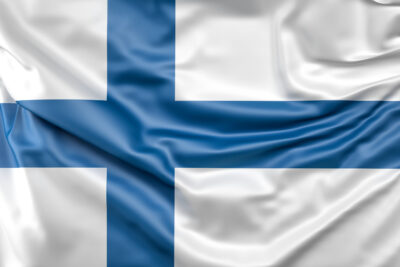 Poker is among the most popular casino games in Finland. Players like Patrick Antonius, Joni Jouhkimainen, and Juha Helppi have been instrumental in shaping Finland’s professional poker environment. However, despite being the hub of poker for years, Finland does not have poker-friendly laws.

Finnish punters don’t have access to a lot of legal poker rooms and despite the recent boom in the iGaming market, the situation has largely remained unchanged. On that note, let’s take a quick look at the Finnish poker industry.

The History of Poker in Finland

Unlike most of its neighbours in the European Union, Finland’s love for poker is only a few decades old. Before the early 90s, poker was primarily restricted to underground gambling venues. The Lotteries Act of 2001 is the primary benchmark for the current regulations in Finland. Despite frequent protests, the authorities are yet to amend the ageing restrictions.

The Gambling Act enforces the monopoly of state-owned operators in Finland. And while this has its pros and cons, a growing number of Finnish punters are signing up on offshore gambling platforms despite the inherent risks. A major amendment was made to the 2001 Gambling Act in 2010. The legislation imposed new regulations on advertising. This barred online casinos from promoting poker outside venues where the game was already offered. This drastically reduced the presence of video poker in Finland.

The Current State of Poker in Finland

Considering the Finnish authority’s stance towards poker in the past few decades, it’s no surprise that the current state isn’t promising for poker enthusiasts. Barely a handful of licensed brick-and-mortar casinos offer poker today. I recommend Casino Helsinki as one of the most prominent poker venues in Finland.

While that’s about it for land-based venues, the online poker scenery is far more complex. Since offshore online casinos aren’t regulated in Finland, players have a tough time deciding on whether to sign up. Legal online casinos don’t offer video poker, which is a serious point of dissent among the gambling community.

With that being said, offshore casinos are immensely popular in the country since the government takes a softer approach against international platforms. From the player’s perspective, this is a golden opportunity as the authorities are unlikely to take action. Moreover, since Finland is a part of the European Union, players constantly take advantage of the loopholes in the Finnish gambling legislation. So, if you’re signing up for an online casino that’s illegal in Finland but regulated in the EU, there is no legislation to stop you.

The Future of Video Poker in Finland

It’s too early to predict the fate of video poker in Finland. There have been rumours of the authorities cracking down on illegal casinos offering poker and other casino games. However, the EU is still against the country’s harsh monopoly on gambling and has been quite vocal in warning the Finnish government to amend its policies.

The next few years will be interesting to watch as the government plans its next move in modernizing the market. Experts predict that a large number of poker aficionados will seek solace in neighbouring markets like Sweden and Denmark as new legislation paves the way for a booming iGaming market in the Scandinavian region.