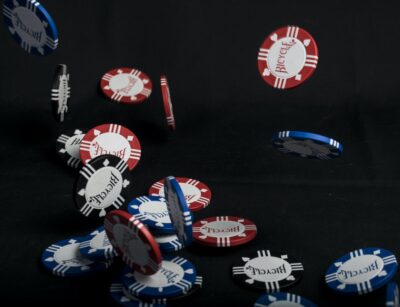 Firstly, let’s look at rake. You know how the gambling sites make their money right? The rake is charged on pots in cash games or on top of a buy in a multi table tournament. Every pot or tournament played by an individual contributes to the site’s revenue in the form of rake. You play a $10 tournament and they will probably charge $1, win a cash game pot and they will take a percentage too. Rakeback is kickback from the website to you as an incentive to play more. It is essentially commission paid back to the player. There are two main forms which we will cover here.

This is where the rakeback from a pot is split evenly by those on the table. For instance, a pot of $25 on a 9 handed table, the rake of $2 with 25% agreement is split between the players, entitling you to approx. $0.22c. The scheme is more beneficial for the tighter player as it rewards you whether or not you are directly involved in the pot. Remember, nit poker is losing poker in the modern era. It’s more profitable to adopt a solid TAG or LAG strategy these days.

Who is Rakeback for?

Anyone can sign up for it. Players who put in lots of volume and play regularly will gain the most. It can turn a break even player into a winning one, and a losing player into a break even one with sufficient volume. It also makes a winner, a much bigger winner. In short, it is free money and every poker player should be involved in a scheme.  There are millions of players playing that are turning down free money. There are no minimum requirements so every poker player should be on one.

Do You Play Turbo SNGs?

If you’re playing lots of turbo sngs you absolutely need to get on a rakeback scheme. There are lots of sites out there that offer rakeback schemes so be sure to find the highest rakeback deals. Turbo SNGs are notorious for high rake so signing up to a rakeback deal will mitigate this and help your ROI. It’s also worth pointing out that there are players around the world that are playing thousands of turbo sngs on rakeback deals. They don’t need to play high or even medium stakes due to the currency conversion.

Now you understand what rakeback is and what it is, it’s time to sign up for it. It’s essential to any and all poker players. Whether you are playing recreationally or professionally, you want to make money from poker and rakeback is a way of contributing to this, for free. If you are making full use of your poker tracking software and employing bankroll management, you’ll find yourself moving up stakes in no time with the addition of a rakeback scheme.