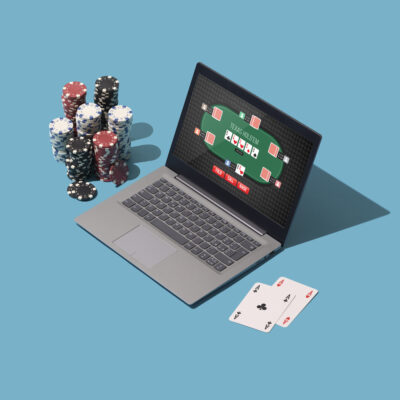 In recent years there has been an increased movement of poker sites opposing the use of HUDs (heads up displays). This has been met with opposition from grinders and the much of the poker community. The HUD is an essential tool for a regular. When playing multi-tabling, the HUD reveals facts about opponents that the naked eye cannot possibly detect if someone is playing lots of tables.

Poker HUDs are not “bad”

First of all, let me preface my argument by saying HUDs are not inherently bad. If the player pool was infinite and recreational players didn’t care, I’d be pro HUDs. They’re an awesome tool for winning players to use. However, there’s more to it than that. I am interested in the poker industry thriving, traffic increasing, prize-pools high and recreational players at least having a decent time. I think this is more likely to occur if HUDs were not permitted.

The HUD gives the better poker player an even-greater edge than they already have. The edge is primarily on those players who don’t know of a HUDs existence or are playing on a device that doesn’t even facilitate the use of a HUD. How big is the edge? Pretty big! If we assume that most people using a HUD are at least semi-serious, they are likely to have a strategical edge on their opponents anyway, now they have even more with instant access to relevant stats.

So, why does this matter? The poker industry is not just for those that win regularly is it? It’s for the weekend players too, those that want to have fun. This pool of players is occupied by many that are long-term losers. That’s not a dig at anyone who loses. For someone to win, someone has to lose… These players won’t want to play if they are being completely beaten up on. If you play squash for fun once a week with someone 10x better, would you want to return? What if that player was not only technically better but also had better racket and trainers? How about if you play someone similar level or perhaps a little better? You’ll probably return right? It’s enjoyable yet challenging.

The online poker sites recognise they need to cater to social players just as much as grinders and have started fighting back in recent years. I am definitely in the pro ban HUD. The reason is simple, a good poker player can win without a HUD and there should be more money available and easier games around if HUDs are banned.

Playing poker on mobile has became a huge thing in recent years. All the major sites have an app that allows you to play online poker within moments. This has been a great way to bring in new players who wouldn’t otherwise play poker. Whether they know it or not, app users are at a huge disadvantage to a grinder on a desktop. Why? Apps do not allow for a HUD to run. You only have the your eyes and memory to rely on. Worse than that, if you play a couple of tables on an app, you can’t even watch both tables as the action flips between the two.

In a game where information is power, the desktop user with a HUD is going to dominate a similar level player on an app, against a weaker player they are just destroying them. Everyone was a “fish” or “donkey” at some point in their poker journey but the odds were not stacked up like this in the early poker days. If you did get pounded on every session, you might have quit before you really started.

What are poker sites doing about HUDs?

There’s an inconsistency across the poker sites at the moment. Some sites are banning use of HUD completely. Sites like Unibet have a couple of effective deterrents. One way of preventing HUD usage is the identities and avatars that can be changed at will. There is no limit to how often you can change them. They take a hard stance on HUD developers saying Unibet won’t permit any HUD software at all. Furthermore, anyone caught trying to use a HUD will be banned outright. They are a site clearly dedicated to recreational players and part-time poker enthusiasts.

Other sites like Pokerstars are trying a soft approach. They clearly don’t want to upset their grinders. This is the biggest site in the world and they are aware any strong action they take will be met with criticism. As such, their permitted software is almost as long as their prohibited! See below for software that can be used on Pokerstars.

What is the future of poker HUDs?

It’s hard to predict how long poker HUDs will be around for. Look, they’re a fantastic tool and significantly help a player’s ROI if used correctly. If you are interested in poker training, I would recommend using poker software to increase your edge. But, that doesn’t mean it’s great for the online poker industry overall.

I imagine the clampdown on HUDs will continue in the future. As recreational players become more familiar with their existence, player retention will drop at sites. The poker sites will have no choice but to meet the demand of their customers which will mean taking a tough stance on HUD software.

Just as the strategy side of online poker is continuously evolving, so is the technical and software associated with it. As long as some sites permit the use of HUDs there will still be a demand for them. The online poker professionals will worry that their edge will diminish once the HUD is banned. But the increase in traffic, fishes and cash injection into the community will cover this. A decent online poker win rate will still be attainable as the playing field will be levelled, they may not be able to use HUDs against opponents, but opponents can’t use it against them either.

I want to conclude by saying whilst poker software is permitted on most sites, you absolutely have every right to use them to your advantage. My position on HUDs is not a criticism of them or their developers. They’ve helped make players earn lots of money. If you want to see our recommended poker software, click below.