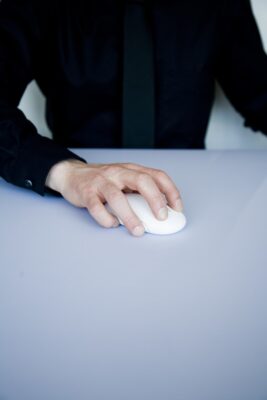 How many times have you done it? You’ve got a monster hand and your about to re raise all in but accidentally clicked fold. Or worse, you’ve called a river bet with nothing! You won’t like hearing this – every poker misclick is your own fault. All of them. This article will look at the most common reasons for a poker misclick.

What is a Misclick in Poker?

The term “misclick” means to perform an action not intended e.g. you have 9-3 off suit in the big blind. The nit under the gun raises and you call from the big blind by accident.

This is probably one of the biggest reasons for misclicks. I get it, it’s 2020 and everyone is doing 50 things at once. Logic dictates the more things you are doing at the same time; the less focus you are giving each separate task. Its common sense isn’t it? If I am hoovering while reading a book, I am probably not doing a great job at either. The same logic can be applied to poker. You need to focus on the game at hand and give it the attention it deserves. If you’re watching Netflix, WhatsApping friends and on twitter while playing, you are likely to play worse and potentially misclick.

It’s great that we can play lots of tables and get more hands in, but with it, comes the risk of a poker misclick or two. It baffles me some can play 8 or more tables and think this is optimal but alas there are thousands that do this.  If you play lots of tables, make sure you have them tiled properly otherwise you may make some big mistakes.

Poker players have a tendency to play longer than they should. There are countless stories of players playing 24 + hour sessions. In addition to this being poor poker strategy (noyone plays well after 12 hours really), it’s also bad for your health. Playing tired will definitely lead to poker misclick. When you’re so tired that you can barely see the suits of your cards, you know it’s time to stop.

Most of the major sites let us download apps to play poker on. They are pretty awesome really, allowing us to play from comfort of our phone. The poker misclick is definitely a problem. I have been guilty of this myself. It takes time to master mobile poker that’s for sure!

You can argue this isn’t a misclick but I am going to lump it in. If you are using the automatic buttons like “fold” or “call any”, you are making some pretty bad mistakes in poker. You don’t know what the action will be before it gets to you so to use these buttons is foolish.

If you want to avoid misclicks — consider playing online bingo games because they are automated! Just spend only £5 and have fun.