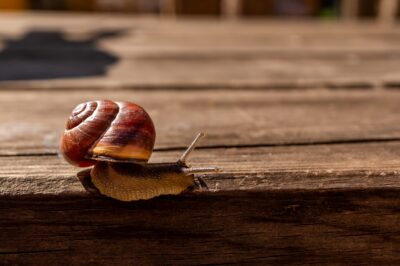 Texas Hold’em may be the most popular variant of poker in the world, but it isn’t always loved by everyone from the outset. For some people just starting out, it can seem intimidating. After all, it is fairly fast-paced and requires players to have a solid strategy nailed down. On the internet, there can be a lot of sharks out there who are ready to pounce on the fresh fish as well. To get the hang of poker in a more controlled and relaxed environment, it could be a good idea to practice other variants such as Caribbean Hold’em and seven-card stud.

A Change from Texas Hold’em?

Now, before you start getting all up in arms about an article suggesting that someone shouldn’t be playing Texas Hold’em, let’s just make one thing clear. This article isn’t advocating avoidance of Hold’em for intimated newcomers altogether. It is merely a suggestion about how they can ease themselves into the community game later on.

On top of that, some Hold’em players may feel their skills stagnating or their progression halted. They may have watched all the training videos and played for some time without moving up the levels. These people may also find that a change from Hold’em to playing other poker variants could be beneficial to their overall improvement. It could lead them to take stock of the game and then come back more refreshed later on.

It’s a lesser-known strain of poker, but Caribbean Hold’em poker is one option for beginners. This uses almost exactly the same rules as Texas Hold’em but, instead of having a number of players around the table, it is just the player against the dealer. The player and the dealer both receive two hole cards before three community cards are dealt in the middle. The player then decides whether to fold or bet. If they bet, the turn and the river are dealt in quick succession and the winning hand is revealed.

This game is good for beginners who want to get the hang of the hands. There is no time limit when making decisions, which gives the player a good opportunity to work out their odds of winning a hand. They can assess whether they have any good draws and calculate their outs. With practice, players are able to do this much more quickly.

Seven-card stud is a classic poker variant that has been overshadowed by community offerings since poker moved online. However, it can still be found at a number of poker sites and it makes a fun and exciting alternative to Hold’em.

Seven-card stud used to be the most commonly played variant of poker in the United States until Hold’em took over during the poker boom. The reason why this variant disappeared into the shadows is that it was far less exciting for live audiences to watch, and there wasn’t quite as much interaction between players. Still, it can be a great way for beginner players to learn the ropes and understand draws.

In seven-card stud, each player gets dealt their own cards. It starts with two face down and one face up, followed by a round of betting. A second, third, and fourth upcard is dealt to each player, with betting occurring at each stage. The final card is dealt face down with another round of betting. Players make their best possible hand of five cards with the seven at their disposal. They can also look at the four face up cards of their opponents’ to gauge what they may be holding.

Apply the Learned Knowledge to Hold’em

From playing Caribbean Hold’em for some time, players may feel that they are ready to take their newfound skills to the Texas Hold’em table. After learning the hand values and mastering how to calculate outs in a controlled environment, players should feel way more confident at the Hold’em table.

In seven-card Stud, players should be fairly accustomed to working out their own draws. During this variant, players need to assess multiple players’ draws by observing their upcards as well. In Hold’em, they only need to look at the community cards to assess everyone’s draws. This means that they may find Hold’em easier after having played seven-card stud.

Texas Hold’em players shouldn’t be against the idea of straying away from the number one poker variant from time to time. After all, some of the best players in the business have been known to play different games. For instance, Phil Ivey is widely considered to be the best player in the world, and he spends a lot of his time at the baccarat table. Bertrand Grospellier, better known as ElkY, plied his trade as a competitive gamer for some time before making it in the poker world. Beginners who opt to play these games first may also feel less intimidated when they sit down at a Hold’em table.