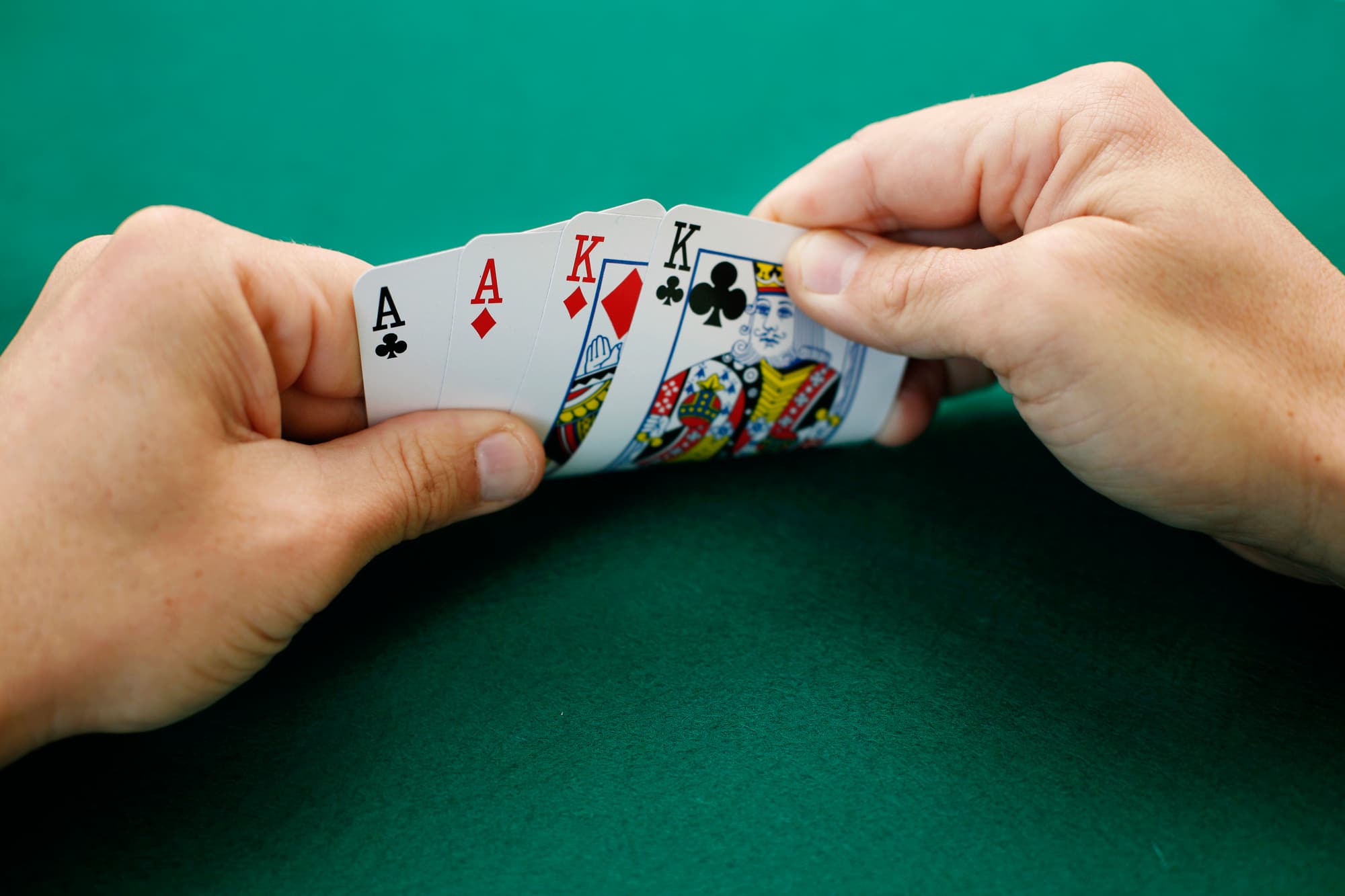 I can’t believe it’s taken four years to finally get round to writing a pot limit Omaha (PLO) guide. PLO has been the 2nd most popular poker variant for many years now. It has been known to be the “juicier” of the poker games due to the wild action you’ll find. For this reason, many of the biggest online poker pots have been played in PLO.

I know many of our readers are interested in learning PLO and also concerned that they’d be dead money if they tried. That’s why in this post I’m going to explain the main differences between no limit Texas Hold’em and pot limit Omaha. We’ll also offer some strategy tips that should help you begin your PLO journey in micro stakes games. Let’s get to it.

If you know Texas Hold’em rules and how the action flows pre and post-flop you’re in good company with PLO. The structure is identical other than one key difference; you start with four cards. Unlike Texas Hold’em where you can choose to use none, one or both hole-cards, you must use two from your own hand i.e., you can’t use three in your hand in conjunction with two on the board.

The other primary difference is the betting structure. Most Hold’em games are played as no limit where you can bet everything in front of you at any point. Like its name suggests, you can only bet the pot when action is on you in PLO. This is a sensible move as the game is crazy with action as it is when you’re playing online poker for real money. Having said that, it doesn’t take long to get all in if people keep betting the pot. Furthermore, how often are you over-betting the pot in Hold’em?

The next thing you must know about PLO is that while hand rankings remain the same, much stronger hands tend to win at showdown. Relative hand strength is a big deal in PLO and its one of the reasons poker players struggle to transition from other forms. People don’t expect bottom set or a straight to lose much. Having more hole-cards makes it much easier to combine with the flop turn and river to make stronger hands.

Now you know the rules and relative hand strength we can deep dive into some basic strategy. I’m confident if you follow the advice below, you can compete in the micro stakes games.

Pocket aces feel like gold in Hold’em, and rightly so. You know you have the nuts before the flop and have an excellent chance of winning if heads up. Unfortunately, aces aren’t all that in PLO. Most of the value from aces in Hold’em is potentially getting in most of the money in pre-flop. This is rarely the case in PLO so you’re going to have to play deep stack poker with it against one or more opponents. Like I stated earlier, you need much stronger hands to win at showdown. If your aces haven’t improved post-flop, there’s a good chance you’re losing at the river, especially if the pot is multiway.

Don’t get too attached to aces in PLO, especially after the flop.

Don’t play too many hands

Similar to Hold’em you’ll want to be patient with hands you play. A donkey can find a reason to play any hand in PLO with silly justification. If you do this too you’ll find yourself bleeding chips and cash. Instead, focus on playing hands that work together well and can provide nut flushes or wrap straight draws. Another common error is playing two Hold’em hands like ace king and seven eight suited. Those hands aren’t all that in PLO as you have no nut draws and fewer straight draws than a hand like 8-9-10-J.

Only draw to nuts

This is a big tip for playing the flop and turn, don’t waste money chasing lower flush or straight draws. You should only be drawing to the nuts if you’re playing a draw. Too often you’ll find yourself on the end of a lower straight or weaker flush and may feel obliged to pay off opponents who know the game. It won’t take too long to realise it’s only worth playing nut draws post-flop as you’ll feel like you’re getting coolered constantly.

We can’t provide a guide with tips without offering some support for hand selection. The table below is a guide on the best hands to play for both pot limit Omaha cash games and tournaments. You can play other hands too, but just make sure they work well together with good potential to hit the board hard.

Please note that all the hands below are double suited and “x” represents any card.

There you have it, a beginners guide to pot limit Omaha. All the major poker sites offer PLO so you should feel confident enough to try micro stakes games with the tips in this post. Just start off small, set stop loss and keep studying the game.

Lastly, if you’re completely new to poker, read out poker cheat sheet article by clicking below.