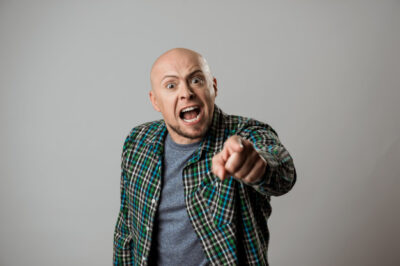 Slow Roll Poker – Have You Heard of it?

You may have heard this phrase at your local casino or your friend mentioning it. It’s an old poker move that is hated more than the dreaded check raise, but with good reason. A slow roll in poker is an incredibly unethical and distasteful move to employ. It is when a player has the best hand and takes an inordinate amount of time to call and show the winning hand. It is one of the most disliked moves in poker.

Why Would Anyone Slow Roll?

A player will typically slow roll his opponent with the intention to frustrate his opponent and possibly get them on tilt. But at what cost? You have lost that opponent’s respect and the other players at the table too.

A player may also just be a mean spirited individual and just do it for his own amusement. Whatever the reason, it’s very uncool and won’t win you any favours with your fellow poker players. Texas Hold’em Questions is opposed to slow rolls and something we ask our students not to do.

A slow roll is quite easy to detect in live play at the casino. The way your opponent reveals the cards and their facial expression are usually a dead giveaway as to whether they are intentionally slow rolling you.

It’s important to note the player in the hand as you need to be careful not to misinterpret the behaviour of a beginner player or a forgetful elderly individual. They may just be slow or not realise the strength of their hand. A beginner may not know he has the nut flush and think he’s playing a one pair hand when he slowly calls on the river. If he has the nuts and isn’t re raising you, it’s a pretty clear indication he isn’t slow rolling intentionally as a good player will always try to get more chips in the pot if at all possible.

It is harder to detect a slow roll online. A delayed call could just mean a poor internet connection. The player might be answering the door or in a key hand on another table so don’t just to judgement. Be careful before you curse your opponent online.

On the other hand, if the player slow rolls and does a winky face in the chat, you know you’ve just been slow rolled. It might be worth taking a note of that player. Lets face it, the kind of player to slow roll is the same type of player to make irrational bluffs and show you after. There is strategic value to knowing who the slow rollers are.

Next time you play, make sure you don’t slow roll! You’ll find yourself with a big target on your back and lose a lot of respect too.

Check out the hand below where Sheik slow rolls Gus Hansen, uncool.