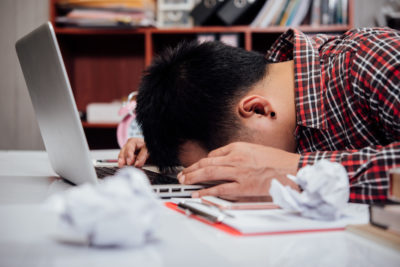 This is a contentious topic for me. I rarely employ tactics to tilt opponents but there is no denying that it has its merits. Poker is war and any advantage (within the rules of the game) are permitted. In an age where poker is increasingly tougher to earn well, your edge is likely to be smaller. Tilt is a big reason why some people are not long-term winners or even professionals. If you tilt less and can make your opponent’s tilt more, you will have a greater edge. This article will look at ways to tilt opponents at the poker table.

Most poker players like straight forward hands. They want to raise, and continuation bet as they wish without resistance. Nobody wants to get 3 bet much. It’s not a nice feeling is it? You know this to be true, particularly if you are getting 3 bet a lot.  Being put to the test pre-flop constantly, particularly out of position is tricky, awkward and can lead to costly mistakes. If you are 3 betting a specific opponent a lot, it will annoy him/her. Depending on the calibre of opponent, they will either tighten up, 4 bet you back or continue the same routine (raise/fold). Either way, it’s to your advantage as you have increased the likelihood they will tilt and pay you off post-flop.

This is not something I advocate for very much. I tell players I coach that it is rarely to your advantage to show cards and reveal information. However, if done correctly, it is an effective way to tilt opponents. There’s probably 1% of the poker population that don’t mind being bluffed. The rest, hate being bluffed. That doesn’t mean everyone tilts when showed a bluff, but many do! It hurts their ego, pride and makes them question their hand reading ability. This is a tactic that can be employed both online and live. Be careful who you do it against in live poker though. Some people will take such offence they may want to take matters outside.

This is a strategy that seems to tilt opponents too. It doesn’t work against those who are playing 8 tables and don’t notice but in a live poker environment, it works a treat. Playing the cut-off is becoming ever important and raising from there often means you are preventing the button playing. This is something that many players hate. They have the mentality “it’s my button”. They almost think they have a right to play the hand and will take offence if you steal it from them.

You can tilt opponents in tournaments by attacking their blinds. It never ceases to amaze me when I see players stare you down and curse as they give up their blinds. Sometimes it happens even when you raise from under the gun. They seem to think you are attacking them when you raise, and they are in the big blind. Again, this is not a primary function to tilt opponents but watch out for it at the casino. If the big blind is a donkey who tilts easy, they will probably tilt if you raise their blinds a few rounds in a row.

This works less than it used to tilt opponents. The perception of a check raise has changed in the last decade, but it still works against older poker players. They think it’s tricky, deceptive and almost unethical to check purely for the intention to raise them. They think “why don’t you just bet if you have a hand” as they muck their big slick on a low wet flop. This is not a tilt inducing move online, the play is far too common to achieve that. It only works in casinos and against senior citizens (no disrespect).

Poker is a fast-moving game and people want to play as much as they can. They don’t want to wait around for ages while you timebank with ace rag. This is especially true in casinos where you only get to play around 30 hands an hour. Think how frustrating it is for opponents when you are taking 1-2 minutes over every decision. I want to point out – I am not a fan of this move, but I can’t deny its advantages when considering ways to tilt opponents. I’ve never done this in my life but if you want to increase your advantage over opponents, it’s a plausible strategy to employ. Just look at Tom Dwan on High Stakes Poker. Granted, most of the professionals on there don’t tilt as a result but put a few inexperienced players there and they will tilt more than the Leaning Tower of Pisa!

Engaging in table chat is a way to tilt opponents too. There are various ways to tilt opponents through chatting e.g. mocking how they play. Be prepared to have a target on your back if you do implement this though as other players will want to take you out too. Professionals have used this to good effect for years e.g Tony Guoga. Perhaps it’s because they feel they do not have a skill edge so rely on their tongue to help them win. Either way, it’s a strategy that takes time to master as you are likely to give away information about your own cards when you start chatting.

This article is an educational piece on ways to tilt opponents, within the rules of the game. There are other ways to tilt opponents not mentioned here e.g. slow-roll or string betting. I do not condone either as ethical ways to tilt opponents. I also do not employ the plays in this article as a sole function to tilt opponents. Whilst poker is a war, it’s better to utilise your technical skills and strategy to earn money. Rather than make your opponents play worse, you are better served spending your time improving at poker. This is something we can help you with. You can sign up to our poker training video membership below for only £49.99 for 1 year. This gives you access to every video I upload with insights and tips on how to play winning poker.

If you enjoyed this article, you may enjoy “ways to avoid tilt” and “poker ethics“.