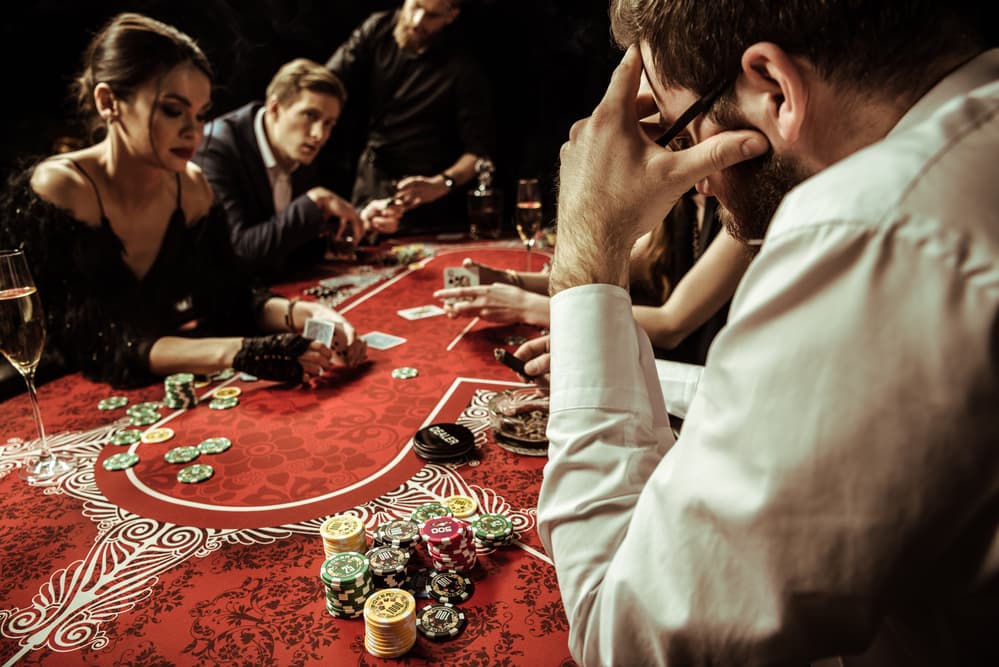 Anyone who has played a reasonable amount of live tournament poker will have come across swapping percentages. It’s extremely common in the poker world, especially in live tournaments. Speaking from experience in local cardrooms in UK, I noticed a huge number of regulars regularly swapping percentages with each other. It seemed to fuel the excitement for them as they had an extra sweat, watching the other player(s) try and bink the tournament win.

However, is it wise to be swapping percentages with other players? At first glance it seems a pretty sensible move to swap percentages. After all, it’s another player in the tournament who may make you money. But there are several factors one must consider before casually agreeing to give up potential tournament earnings.

In this article I will explain what swapping is and how it works, then illustrate the key elements that you should consider and why they are important to swapping.

What is swapping in poker?

Swapping is where a poker player trades a specific percentage of what they win in a tournament with another person e.g. 10%. For instance, if you play a tournament and cash for $10,000, you are obliged to pay $10,000 to the other party.

Now you know what swapping is, let’s look the important considerations.

Tournament poker has a lot of luck, especially in the short-term. Seasoned tournament professionals can wait many tournaments before securing the big payday they are searching for. By swapping percentages, a tournament player can reduce the variance. They have another entrant in the tournament and even if they bust out early, they have another player that can make them 10% or more (depending on the swap). Swapping is appealing to someone who is conservative and risk averse as it should in theory help one’s bankroll.

Someone is giving up edge during a swap

Any poker player considering swapping percentages needs to consider the other players ability. No matter what you think, no poker players are created equal in skill. Swapping percentages is very easy to do but one party is gaining an advantage and therefore the other is losing out by giving up some edge. This is simply because they are swapping exact percentages. Very few swaps involve a pro giving up a small percentage for a high percentage of a donkey. This doesn’t happen, especially on online sites like wegamble.

If you’re considering swapping with another player, we highly recommend you look at their performance and overall ROI first. If the other player has similar or better results than your own, you may be doing well on the swap. But if they are a long-term loser with poor results, run away from doing any swaps. I had several players approach me wanting to swap in the past but always refused as they were clearly average or below average and I would be sacrificing a lot of edge. Why would I do that?

Another vital part to swapping percentages is trust. The poker world isn’t as clean as other industries. This is attested by the fact you get people trying to cheat at the tables. As such, you need to carefully choose those who you swap percentages with. They need to have integrity and a good reputation for you to even consider swapping.

The worst thing you can do is swap a piece of yourself, be prepared to give up some of your own winnings but receive nothing if they win. Fortunately, most poker players have decent ethics at the table so it’s unlikely you’ll come across such dishonest players, nevertheless you must be aware and on alert of these characters.

In most scenarios, for a strong player, trading percentages is unlikely to be the right move. Ultimately, the better player is giving up edge or their own potential earnings. There is a solid case for using swapping as an insurance policy though. Where players are similar in ability, I could stipulate to that but how often are two players so closely matched? Additionally, you’ll have to be well acquainted and trust them too.

The reduction in variance is a weak argument for swapping too. Most serious players are using bankroll management properly and subscribe to the long-term view one must have in tournaments. Therefore, going on a barren of cashes is not going to kill their roll or make them consider quitting poker like a beginner.

Despite all this, if you’re new to tournaments and offered swaps with experienced players, you might be best going for it. You may make some allies and some money too. If you’re unsure about swapping and want some support, feel free to book in a free half hour consultation below.