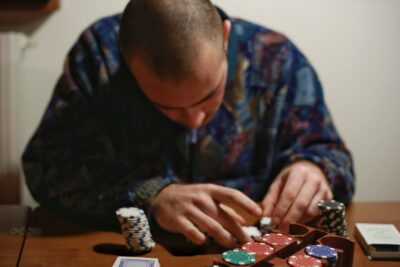 The Cadillac of Poker

Anyone who loves poker probably remembers the line from Matt Damon’s hit movie Rounders: “Texas Hold’em is the Cadillac of poker”. This saying from the legend Doyle Brunson has permeated the poker world for decades. But, with losing players crying “poker is dead” and poker software accelerating our learning, can it still be known as the Cadillac of poker? An emphatic yes is our answer and, in this article, we will give a few reasons why it’s still the best poker variant to play.

Other Variants Are Simplistic

It’s great for the poker community that the major sites are offering more games and tweaking formats to appeal to everyone. However, the newer forms like short-deck or Pot Limit Omaha are far more simplistic than No Limit Texas Hold’em. To be the best implies a higher level of skill requirement. This is certainly true if you spend even a few hours when you play Texas Hold’em online.

The other poker variants can be mastered much quicker. That might seem like an advantage at first but think about it, if any Tom, Dick or Harry can become proficient in Irish poker, your edge is likely to be smaller. This is not what the best players want. They desire big edges and easy opponents.

Open up any online poker lobby, head over to the tournaments and look at the best guarantee prizepools and you’ll see Texas Hold’em. Whilst PLO games are more popular than a decade ago, they’re a long way off rivalling the Cadillac of poker. The same result can be found if you prefer cash games. There are far more Texas Hold’em games running than any other. In fact, you could probably add all the traffic from the non hold’em formats and they still won’t be equal to Texas Hold’em. What does this tell us? The Texas Hold’em game is the most popular form of all and is what people want to play.

The beautiful thing about Texas Hold’em is the way the players play it changes every few years. New ideas and strategy from experts and famous players trickles down into the minds of those who play frequently. All of a sudden, strategy that worked 2 years ago needs refining. In a continuous battle to stay ahead of your opponents, evolving strategy keeps Texas Hold’em the Cadillac of poker. In the modern era, players wrestle with choosing whether to play game theory optimal (GTO) or exploitative poker.

Let’s not forget that there are new players flooding the internet every year who are now legal. These young players are learning the ropes so different strategy is required against them. This proves that continuous study and learning is necessary to become an expert.

The Main Events are No Limit Texas Hold’em

Our final point is one of prestige. If Texas Hold’em is no longer the Cadillac of poker, then why are all the main events of major series played in this form? Surely if it wasn’t they’d be playing Razz or Seven Card Stud? For all those that believe Texas Hold’em has had its day, we refer them to the main events. The biggest event of the year is the World Series of Poker and guess what? It’s played in No Limit Texas Hold’em and there are no plans to change this anytime soon.

As you can see, No Limit Texas Hold’em is still the Cadillac of poker. It’s the most popular form of poker, generates the most money, traffic, requires continuous advanced strategy to master and is more complex than all the other variants. This, combined with the fact the most prestigious events showcase it prove it is the best form of poker to play still. Who knows, in 10 years there may be a new form that captures everyone’s interest more, but we wouldn’t bet on it.