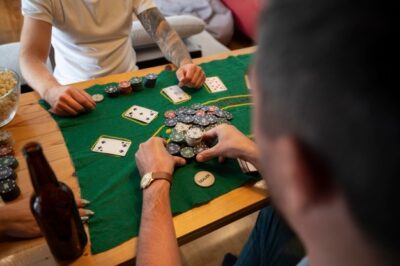 Poker is one of the oldest casino games out there, which means there’s plenty of strategies that have been developed over generations. Even knowing the rules in and out is just enough to scratch the surface. To take home the big winnings, you’ll have to employ bold tactics or perfect your game to the last detail.

Fortunately, the fact that poker has been around for years means that there are plenty of people that mastered it. Pros have come and gone. Amazing players who have made a name for themselves with multiple series wins and big jackpots. One can learn a lot by following in the footsteps of these legendary players.

As for where to apply these tactics? You’ll find a lot of poker activity online these days as online gambling is becoming more popular. Many US states have or are in the process of passing laws to allow online gambling and sports betting.

The distinction with poker is that it is allowed pretty much anywhere, even states like New York that aren’t keen on adopting online gambing as a whole. The Empire State’s lawmakers are having trouble agreeing on if casino games should be allowed in the state, but poker and horse racing get a free pass due to their legacy as gambling pastimes. New York sports betting will also be in full effect come 2022. But if you’re not much of a sports fan, poker will be your guaranteed go-to for gambling thrills no matter where you live. So let’s look at the best of the best and learn how to up your game.

Some call Hellmuth the “Poker Brat” for his controversial attitude at the table. And while we don’t encourage you to go around being a jerk to other players on purpose, there is something to learn from Hellmuth. His results speak for themselves: he has 15 World Series of Poker bracelets and over $20 million in tournament winnings. A lot of that comes down to skill, obviously. But there is something to be said for having an aggressive presence in-game. If you play smart hands with confidence and speed, you can sweep other players up in your momentum and dominate.

This man is called the “Godfather of Poker” because he’s been playing in pro-level tournaments for decades. He stands with Hellmuth as one of only four players to win 10 or more World Series of Poker bracelets. The lesson to learn from Brunson is to pick your games. Brunson is unique in that he doesn’t show up to every tournament, unlike many other pro players who make a tour of events. You don’t have to hustle if you intend make it a habit to only play when you’re at your best. You’ll have the confidence to succeed. Essentially, quality over quantity.

Daniel Negreanu is another veteran of the scene. His claim to fame is creating the “small ball” type of poker play. This dominated the mid-2000s, a testament to how it caught on. Small ball is when you play aggressively but with small proving bets, therefore playing intense games that are actually small in risk. Those who like a fast game but get caught up in the moment could learn from Negranu’s trademark.

A legend that needs little introduction, Phil Ivey might just be the best of the best. Ivey has performed well in online poker, tournament series, and live cash games. There’s nothing he can’t do. Ivey teaches us the opposite lesson of Brunson, which is to try and play as much as you can. The truth is that few of us can be prodigies. So, us average players need to practice as much as we can.

Finally, Erik Seidel gives us the lesson of never giving up. He’s been playing for over 30 years and is in his 60s. He might not always be at the front of the pack, but he has a very consistent record and hasn’t slowed down a step over his many years of play. As pro poker moves online and we see a new crop of rising stars, Seidel is an example of why you can still crush it with an old-school style.

If you are interested in having us look at how you play and offer some tips and feedback, why not try our hand history review service?