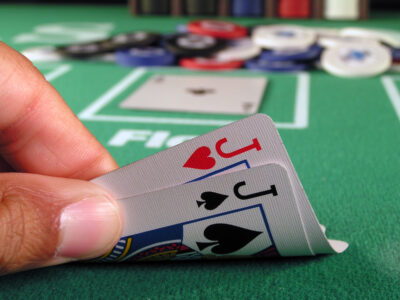 In poker, some hands mislead players to believe they’re big when they are losing hands in reality. Texas Hold’em poker, in particular, is known for having a highly detrimental hand, which is holding 2 and 7 offsuit. These are the weakest cards someone can have. They can never make a straight because there are five cards between them. If they are the same suit, the flush is very low. The hand is still low if the 2 or the 7 make a pair. This might be the most losing hand, but it’s not the only one. This article provides tips on the hands to avoid, at least against a raise or in an early position. Sites like PlayCanada.com offer more general information about poker, including the best places to play poker online.

Two jacks can be solid, but all kinds of flops can string the pair out. A player with two jacks is often ahead of the others, at least preflop. One problem with this pair is when the other player also wants to get their chips in, usually because of an overpair. Players find Jacks tough to play as they either slowplay before the flop and get out-flopped by hands like suited connectors or run into bigger overpairs.

The fact that the ace is the strongest card is undisputable. Paired with a card between 2 and 9, it’s quite a weak hand. This hand would lose to a pocket pair or a bigger ace. The implied odds of this hand are poor. The odds of getting a flush are very low. You’re way behind or way ahead if the ace flops, so winning is out of the question.

The biggest risk of this pair is that you’re unable to give it up when someone beats you. It’s not a weak pair per se, but you need to play fast and strong to win with it. Feel free to raise to accumulate chips while you’re ahead.

If you play this pair post-flop, you might face some challenges, particularly in deep stacked games. The biggest risk is that your adversary has played suited connectors, a small pair, or another such hand, knowing yours is big.

With intense preflop action, things are a lot easier. If a player has called a massive re-raise, you’re probably facing a pair of tens, a pair of jacks, or another small pair. You can defeat your opponent with a low flop. If the action gets too heated on a wet flop texture, you must consider throwing this hand in the muck.

At a short-handed table, this is quite a strong hand. Not so at a full one. It’s hard for any poker player to fold when they’re facing an ace-king and the ace flops, but especially for a beginner. If you raised before the flop when you hit your ace, the weaker ace would probably fold to the raise preflop, so you’re not likely to win much. You’re facing a difficult decision if you don’t flop anything and this is where beginners struggle as they start chasing down with effectively ace high.