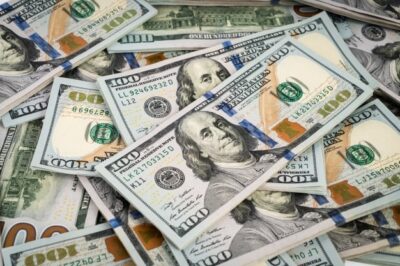 There have been some pretty insane pots won online over the years. Generally, they are going to be aces versus kings and post flop coolers as most professional’s are not stacking off in deep stack cash game with weak hands. Would you invest hundreds of thousands with medium strength hands?
Let’s look at the one biggest online poker pots and give commentary.

This game was played on Full Tilt. One of the major poker sites, trusted and endorsed by GamStop. This hand would be less likely to be found on CasinoGap. A resource website for finding more enjoyable poker games, not on GamStop.

Turn brings 3d and river falls 6h leading to one of the biggest online poker pots at $723,941.

At face value this is just a cooler right? Aces against kings, no commentary required for the biggest online poker pot. I beg to differ; this is deep stacked cash games where an error can lead to you losing the value of a house. Let’s try and dissect it a little.

This could have been the biggest online poker pot with it all going in before flop is dealt. However, they are playing over 350 big blinds effective here and neither player knows that the other is holding what they are. Keep in mind they are playing in games which are super aggressive. In urindangers spot he is trying to get as much in as he can without losing Dwan.

He makes standard open-raise, notices a squeeze play from Dwan (which doesn’t need to be pocket kings) and makes the 4 bet on the smaller side. I like his sizing as he is in position and want to elicit a call from Dwan who will play the hand out of position. It also serves to increase the pot size and also gives Dwan more perceived fold equity and implied odds too. His sizing is less than 3 x the bet made by Dwan. It is also enough for elmariachimacho to get out the way.

Before the Flop – Tom Dwan

Tom is loving being able to squeeze here as it gives the element of doubt to his opponents. His sizing is ok as he is out of position and he has factored in the pre flop call from elmariachimacho. Once he has been 4 bet and action is on him, he has two options, flat call or get the 5 bet in and stack off. If he 5 bets, it is likely to $120 – $130K at which point he is committed to going all in. By flat calling, he keeps in potential bluffs from Urindanger and won’t lost him if he is 4 betting Jacks or Queens for some reason. I like his flat call a lot, particularly as he recognises that if he 5 bets and faces an all in, he knows he has to call and is likely up against pocket Aces.

Once this dry flop falls, Urindanger just has to try and get in one way or another. He knows Dwan has many overpairs in his range and doesn’t want a potential scare card on turn or river. The question is, how much can he bet to generate what he wants. His bet is fine, betting $52K, this could certainly be an AK that is trying hard to get a TT type hand to fold. In truth, I am not sure the sizing matters a great deal here other than if Dwan has a weak to medium hand like Ace high or pocket pair, a smaller bet allows Dwan the perception of fold equity and may increase his chances of a bluff. For this reason, I slightly prefer a smaller bet of around $38K-$40K.

I like Dwans check on the flop here. Betting won’t accomplish much as he may let his opponent off the hook if he was making a play. Checking is at least likely to get a c-bet out of his opponent. Once this flop comes, Dwan recognises he will be prepared to stack off. If Urindanger has pocket aces, good luck to him.

After he checks and Urindanger bets, he has to decide whether to check raise and call all in, or slow play.  He opts to check raise, which is fine. My personal preference is to flat call here and check call it down. It keeps in any potential weak hands or overpairs that Urindanger may otherwise fold. As it happens, it’s irrelevant but when you are playing for the long term, you need to ask these questions and consider whether your line is the most profitable.