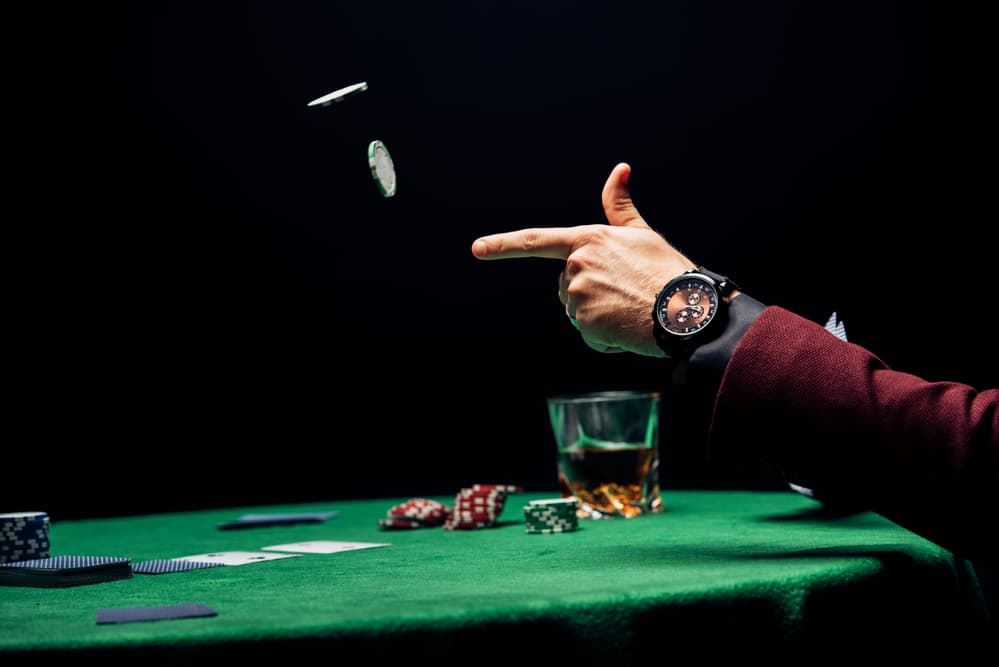 Open raising the minimum gained popularity a few years ago. It is twinned with the small ball tournament poker strategy that gained fame through Daniel Negreanu. Whilst it’s an effective and popular strategy for tournaments, it is widely accepted to have little to no merit in cash games. This article will focus on the pros and cons of min raise poker in tournaments.

Open raising for the minimum allows you to pull off cheaper steals. It’s great taking down a pot with little to no resistance and bluffing for the minimum is even better isn’t it? By min raising you can sometimes steal the blinds with a poor hand and get away with the cheapest of bluffs.

If you have played many tournaments you will know that a lot of is played with shorter stacks than cash games. It’s not uncommon to play an entire tournament with between 15 and 30 big blinds. Open raising the minimum can be just as effective as open raising for 3 big blinds so why would you risk more? It’s common sense to risk less.

It still gets respect

When online poker was booming, min raise poker looked the weakest thing ever. This has not been the case for a long time. People don’t perceive a min raise as weakness anymore. On the contrary, it can be seen as inviting action, particularly from early position.

Open raising double the blinds allows you to play more poker. It stands to reason if you are open raising 2 big blinds instead of 4 than you are going to be playing for smaller pots and have the potential to be involved more. This is definitely a pro if you are a better player than most at your table. After all, you want to play more hands with weaker players, right?

The min raise poker style is likely to yield less variance in tournaments. Why? Well think about it, if you are min raising and playing more pots post flop, you are less likely to be involved in all in or fold mode. You are adopting a style that is risking little, not open raising for large % of your stack and committing your tournament life.

Unfortunately, you can expect to play fewer pots heads up if you are min raising. You may think this is ok but mathematically speaking, the players involved, the lower your chances of winning the pot. It’s easier to knock one player our or have the better hand than 3 isn’t it? Multiway pots aren’t ideal, particularly if you are playing shorter stacks.

Opponents can 3 bet cheaper (and lighter?)

This is anecdotal but I believe it to be true from my own experience. It’s true on the best bitcoin poker sites and real money poker sites. In many games, players are more inclined to 3 bet a min raise than a standard open. They know their 3 bet is costing them less. Consider the example below:

Consider, in the scenario above you are raising from early position. Your opponent thinks you’re weak and wants to 3 bet you. If the raise is 3,000, he knows it will cost at least 8,000 and may be put off. An opponent will be more inclined to 3 bet if he knows it can be achieved for 5,000 or 6,000.

Any poker player with sense will defend their big blind very wide against a min raise. This is especially true when there are antes. This is not a con for me personally – I want to play poker heads up in position. However, you are helping them play better, inviting them in with a very wide range of hands that can outdraw yours. It’s generally not a great idea to give good pot odds to your opponents. You want to force mistakes and min bets rarely accomplish this.

More pots out of position

In a full ring game, min raises from early or middle position will often find you playing poker against someone in late position. This is far from ideal as you will be acting before them every round post flop. Decision making needs to be impeccable to turn a good win rate post flop when you’re playing with fewer chips than cash games. The truth is, min raises often get called by competent players in the cut-off or on the button.

As you can see, there are reasonable arguments for and against the min raise in poker. If you are thinking about adopting this style, please make sure you are consistent. There is no use min raising with weak and making it 4x with pocket kings. Even the most basic of players will pick up on this transparency. Instead, be consistent and committed to the style. Ensure you are not adopting a min bet style post flop as the two are widely different.