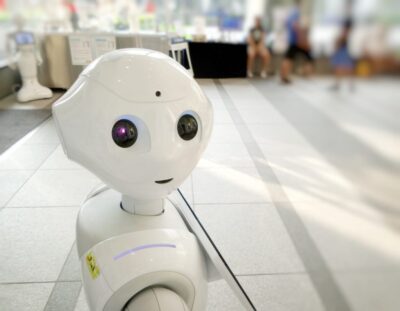 What is a Poker Bot?

A poker bot is a computer program developed to play against human opponents online. They are despised by most players as people hate the idea that they are playing and potentially losing, to a piece of AI.

Why Would Anyone use a Bot?

Everyone likes free money. The idea of developing a programme that automates playing and allows you to have fun while it plays, and wins money is appealing. The reality is, that whilst some bots may have capacity to win at micro stakes levels, they are likely to be used primarily to clear rakeback and bonuses on websites.

How Good is a Bot?

Bots are likely to be programmed quite basic. They’re unlikely to be profitable beyond very low stakes due to the inherent complexity that is involved in poker. They are programmed to work purely on mathematically theorems so whilst they are not burdened by tilt, ego or personal battles with opponents, they are not as observant or creative as a person is. Software has been created that was able to beat professionals  but this is very rare and we are a long way off this ever being used online.

Poker bots are illegal to use on all websites, however, developing and selling them is fine. You are unlikely to play against one but there are a few traits that distinguish them from your opponents; identical timing for decision making, deathly silent in chat box and repetitive use of same line in a hand e.g. check raising turns frequently.

Anyone who developed a poker bot to play well has to be a very strong player in the first place. They must have been a winning player at decent stakes. In order to develop a poker bot strong enough to win, the person must have spent thousands of hours developing the strategy behind the bot’s decision making.

Beating a bot can be quite simple, if you have identified you are playing a bot in the first place. Most bots will be sensitive to different bet sizes based on the coding. They may have been coded to call 3 bets for 8bb but not 9bbs. This type of leak is very exploitable. Once you have found the chinks in a bot’s armour, they are actually easy money as you can just repeat the same moves and they are very unlikely to adjust like a person would.

Poker bots are so rare that you need not concern yourself with their existence or them taking your money. The ones that are around are unlikely to be very profitable and are used purely for rakeback purposes. They are also illegal. Remember to report any signs of bot usage to the website you are playing on.