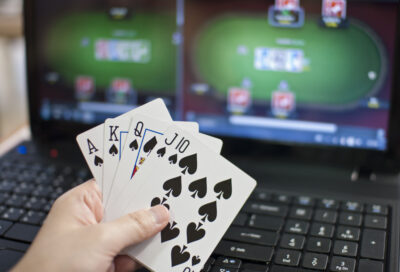 As our site name suggests, we are lovers of Texas Hold’em. Ninety-nine percent of our poker training is focused on Texas Hold’em but there’s other variants too. Whether you are suffering poker burnout or wanting to try something new, there’s other forms that might tickle your fancy that you can play online. That’s why I’m going to share some insights on three other popular forms of poker accessible online.

This is the most natural game to transition from Texas Hold’em too as the rules are similar. The game follows the same course of action with the exception of number of cards dealt to each player. Every player is dealt four cards instead of two. What does this do? It creates a lot of action! Prepare yourself for swings and variance like no other.

Omaha is generally played in the pot limit format. This means no player can bet more than the size of the pot at any one time. Truthfully, there’s no reason to ever want to bet more than this as it doesn’t take long for pots to escalate.

To win at this game I recommend playing low stakes and playing cautiously post-flop. Hands like top pair are practically worthless multi-way in pot limit omaha so don’t get attached to them or over- pairs when facing lots of bets. It’s common for the winning hand to be the nuts or second nuts so don’t be surprised and think you’re on the bad side of a cooler . The other thing to remember is aces are not the monster they appear in normal poker.

One of the older and more popular games before Texas Hold’em exploded, seven-card stud is a limit- based poker game. As the name suggests, players are dealt seven cards (if they hang around).

Initially, players are dealt three cards with one face up. The player with the lowest card faces up is forced to start things. Action proceeds and there are four further rounds of betting where players are dealt an additional card each round (if they match the betting). The fourth, fifth and sixth cards are face up whilst the final round (the river) is dealt face down.

The standard betting options exist in seven-card stud (bet, call, check, fold and raise). So, as long as you have some experience with poker it shouldn’t be hard to get to grips with seven-card stud. It’s worth noting that there are other stud variants; seven-card stud hi/lo and razz. These are not as popular as the traditional seven-card stud format and require more advanced strategy too.

Unlike the other popular poker games, video poker is played against the house. It is unique in it’s gameplay as players have limited options. You choose which cards you discard and that’s about it -other than picking the initial stakes and how many coins. Where most other poker variants can be mentally taxing, video poker offers some fun respite to gamblers.

To win, you need to beat a specific hand ranking (usually a pair of jacks). However, unlike Blackjack where a win is equal to the value of the amount wagered, video poker rewards good fortune by paying out lucrative odds based on stronger hands. So, if you are fortunate to make a royal flush you can potentially earn 4,000 if you wagered 5 coins.

Most video poker strategy guides advise wagering maximum coins to take advantage of lucrative prizes in the event you make better hands. It’s also recommended to retain pairs made and discard low cards if you’ve been given a hand like K-Q-7-6-2. Common sense should help you decide what cards to keep but feel free to do some research and bone up on video poker strategy. I recommend you go to bestcasinobonuses.co.uk more information.

As you can see, there are three other popular poker games to be played online. Most major poker sites offer Omaha and seven-card stud and all online casinos offer video poker. The good thing about video poker is that you can usually take advantage of no deposit bonus offers on casinos. As with all forms of gambling, exercise bankroll management and gamble responsibly.