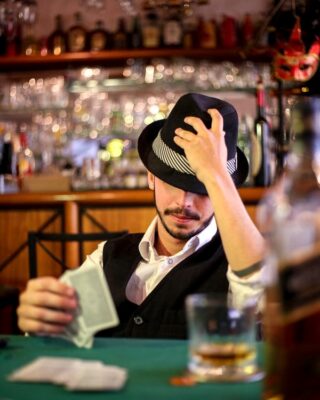 After the poker boom of the 2000s, there are now millions of players enjoying Texas Hold’em all over the world. However, the playing figures have levelled out somewhat, and aren’t spiking any much as they were ten years ago. It could be time for the online poker industry to undergo a new stage in its evolution, where it seeks to bring in another playing demographic. The flourishing bingo industry is reminiscent of poker during its online revolution, and it would be interesting to see if the two games could form a lucrative partnership.

Bingo Boom is Hard to Ignore

The current boom of online bingo shares a lot of similarities with poker’s rise in the early days of the internet. Before moving online, poker was a niche game with a fairly small demographic. Now, it is played by people of all ages. The same thing is being seen with bingo.

The vast amount of bingo options out there is highlighted by the emergence of review sites like WDW Bingo. There are so many to choose from that bingo operators need to offer tantalizing promotions to attract players. This shows just how many people are in search of bingo games. It isn’t just bingo on offer, though. Indeed, most sites now have several slots as a way to bring in online casino players. There are even hybrid games like Slingo.

This is where poker could look to muscle in. If there were poker options at bingo sites, it could attract more players to the card game. A poker and bingo fusion offering could have a chance of working as well.

Throughout its online evolution, poker has adapted to changes in technology well. On numerous occasions, developers have invented new forms of poker as a way to appeal to diverse audiences. These include blitz games, Wheel of Fortune-style options, and snap poker fold offerings. There is no reason why there couldn’t be a new form of poker that incorporates some elements of bingo.

So how could this hybrid game work? One option could be for every player in a poker tournament to have a bingo card with certain starting hands-on. For example, there may be a grid with different pairs of cards for each player. The players then play the poker tournament as they would normally, but when they receive one of the starting hands on their card they have to cross it off. There could then be two separate jackpots; one for the winner of the poker tournament and one for the person who completes their card first. This would serve as an innovative way to play poker, not something I personally would recommend but certainly something for sites to consider.

Mixing these two popular games could serve to attract the vast number of players in the thriving bingo sector. It could also help bring back poker players who had become jaded with the card game and the lack of variety at a lot of online poker sites. The hybrid option could upset poker purists, but it may be worth doing this for the benefits it could bring to the growth of the industry.