You have probably watched strip poker scenes on TV before. Strip Poker is the default party game. It involves losing players to remove items of clothing. It is commonly played between 3 and 6 players but can also be played heads up (although a little weird!).

Historically it has been played with men and women. It was founded in the late 19th century but earliest attestations date to early 20th century circa 1920 when it was played in New Orleans, USA and predominantly played in brothels, for obvious reasons. It has gained popularity in movies and TV shows, including popular sitcom Friends.

Which Game of Poker?

It is usually played as 5 card draw but can be played with Texas Holdem too. The main difference between the two is that Texas Holdem Strip Poker is usually the betting of clothes. Five card draw relies on either the worst performing player in the hand removing an item of clothing, or all but the winner of the hand removes an item.

The Texas Holdem variant also means if you fold before the flop, you do not have to remove clothing. This essentially means a tight pre flop strategy keeps you clothed for longer! As you can see, the game rules for strip poker are a little different.

It is usually a good idea to have everyone have the same number of items of clothing. This sometimes means you will have to put a hat on or gloves to make the game fair. There is no point turning up to a strip poker game in shorts and a tank top and your opponents wearing 10 items of clothing.

The Spirit of Strip Poker

Strip poker is not really meant to be played seriously. It is designed to increase the sexual tension and embarrassment between adults playing the game. It is played whilst drinking, at a party and between friends, with no money at stake. This is not quite the same as your standard poker night.

If you are at party and invited to play strip poker, don’t put on your sunglasses and get out your notepad to take notes, it’s all about the fun. A word of caution though, if you are particularly uptight or self-conscious about your body, best to bow out and watch the game with a beer than play yourself. It is not a game for the faint hearted.

If you enjoyed this article, perhaps you’d like to check out our poker cheat sheet article with free downloadable PDF? If you are interested in improving at Texas Hold’em, read out latest poker site review. We offer 75% off discount if you register with the site through us. 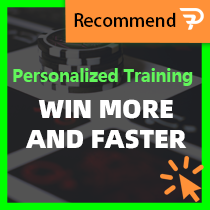