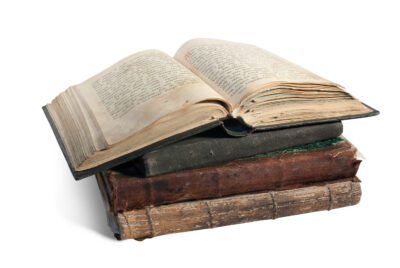 Whilst I am an advocate of planning, looking forward and adapting to changes in poker, it’s sometimes good to look back and reflect on the past. Poker has changed drastically in the last two decades but what about before that? In this article, I decided to do some research and look back on the history of poker, going back to it’s origins to find out where this great game came from, how it was played and by whom.

Where Did Poker Start?

Most historical sources point to poker originating from USA in the early 1800’s. Interestingly, the name finds it’s origin from “poque” in French which may indicate that it started in a French speaking parts of United States of America, possibly New Orleans? This is not accepted as historical fact but certainly plausible as it’s widely accepted that there was gambling dens in New Orleans and French was the spoken language.

There are sources indicating a game of poker was played in Germany earlier than the 19th century. This was a bluffing game and is said to be the original card game that was later developed into poker.

What Was the First Poker Game Played?

History is a little murky on the first poker games played. As-Nas, a card game with 20 cards was said to be played first. This card game that had no draws, just best hand wins. Later, when 52 cards were played, we had the first game that has carried forward to modern times, stud. So, if you’re a mixed game poker player and expert in 7 card stud, you can feel privileged to know you’re playing one of poker’s original games. It has lost popularity in recent times due it’s fixed limit and monotonous nature, but still features in major events and WSOP every year.

How Did Poker Stay Popular?

Poker survived and remained popular due to the changes in formats, rules and introducing money to the game. Its likely the original forms had no money wagered and was just a game to pass time by. However, the gambling dens and saloons housed many poker games with the opportunity to take money from opponents. This is why people love the game. The chance to win money from others. You’ve heard the old stories coming from saloons and the west right? The “dead mans hand”, aka Ace-Eight was titled this due to Wild Bill Hitchkok purportedly holding aces and eights at the time of his death, when he was shot in the back of the head.

With the introduction of more games in the 20th century including Texas Hold’em (most popular form today) and the World Series of Poker, it’s no surprise it’s stuck around in culture.  It has also been helped by countless Hollywood movies depicting poker games. There’s an element of coolness to poker playing and manliness that appeals to a great many.

We’ve covered the history of poker in live setting but what about online poker? Despite the internet being introduced in the mid 1990s, online poker took a few years to get going. Whilst I found sources online showing poker was played online as early as 1994/95, it appears this was only for play money. The first real money poker site wasn’t available until January 1998. It was called Planet Poker. It held all the cards (pardon the pun) as there was no competition. Despite bugs, software crashes and other issues, it was the number 1 game in town until Paradise Poker launched.

As with all marketable products, more competition arrived with major sites launching like Ultimate Bet, Party Poker and PokerStars. The government did not have it’s eye on online poker and it truly was golden times. Then, online poker took got a huge boost that changed things forever. Chris Moneymaker won the main event of the World Series of Poker, and online poker became an international sensation that swept the world. He’s currently of thes face of America’s Cardroom – make sure you use America’s Cardroom bonus code if you want to play there! Amateurs saw a Chris Moneymaker qualify online for a few dollars and become a millionaire. Everyone saw that it could be them next. Online poker, for a few years, boomed like you wouldn’t believe. The best part was, everyone was pretty bad and few had really “solved” poker yet.

I don’t want to go into what happened post 2005. This article is only dealing with the history of poker and online games, the beginning, not recent times. Perhaps in a future article we will deal with the last 15 years.

There you have it, a brief history of online poker. It may not be the exact game it was once was, or booming like it was in 2004, but it’s still here and one of the most popular online past-times available. With new forms being introduced and money games available, there will always be money to be won from the game we love so much.