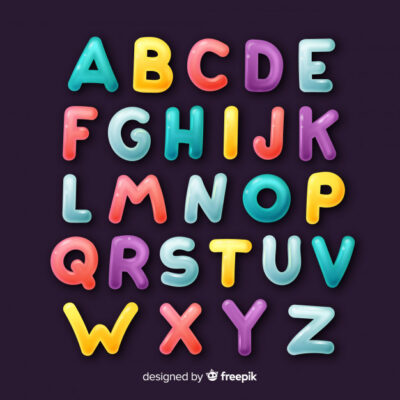 Poker is a fascinating game which almost seems to have it’s own language. If you spend any time in a poker room, you’ll hear dozens of phrases and terms with no idea what people are on about. Have no fear! In this article, we will provide an A to Z on the most common poker slang terms used. So, when you next join a forum, chat with poker friends or visit a card-room you will be fluent in poker lingo.

This is straight forward basic poker. It is used as negative term at high stakes as it implies solid, fundamental poker and no more. ABC poker can be enough to win a low stakes game though.

If you’ve ever lost a hand as a huge favourite, you may have taken a bad beat. There’s sometimes confusion between novices what a bad beat actually is. Read our article on bad beats for more information on what they are and how to handle them.

A type of tournament that rewards players with cash prizes if you knock out an opponent. In order to offer this, a percentage of the buy-in acts goes to the bounty prize pool. Check out our bounty poker tournament guide.

Anyone who calls before the flop when they’ve not invested anything yet. It is commonly associated with a call from someone after there’s already been a bet and raise. Our article on cold calling explains more.

A bet made on the flop by the initial raiser, hence continue to bet. This is an essential part of poker. We have created the most in depth course on this. See below for more information.

A hand where two very strong hands match up e.g. quads against a full house or aces against kings. Coolers are part of poker and hard to escape but it’s nice when you’re on the right side of them!

A flop bet made from out of position into the raiser. The donk bet is scorned at by many but can sometimes be a genius bet.

This refers to a run of losing sessions for a prolonged period of time.

This is the share of the pot based on the odds that you will win the pot at some point.

This is a tournament that costs nothing to enter, hence “free”. They offer cash prizes for the top spots or loyalty points with that website. A freeroll is commonly used by new players to learn how to play.

Despite it’s name, it’s not nothing to do with guns. It refers to an unlikely straight where one needs one card to complete the straight. It’s otherwise known as inside straight. I assume the name was given as it’s like a shot in the gut to be hit with a straight that unlikely. An example of a gutshot is holding 8c 10c on a 6h 7d Ac flop where only a 9 will complete your straight.

Most poker sites let you download the hands you’ve played. This is the “hand history”. We offer hand history reviews to players keen to analyse and discuss hands they’ve played.

Heads up is just one on one poker. This is how most tournaments are finished, with two players left facing off. However, online also offers heads up SNGS and cash games too.

Have you ever played poker at a friend’s house? Then you’ve played in a home game. They involve your own dealing, snacks and no house fee.

This is an abbreviation of “in the money”, the part of a tournament where one has reached the money places. Check out our ITM article for more details.

This is the second card used when two hands are similar strength e.g. an ace king against an ace three on an: A-4-J-6-7. The king would form part of the hand and is a bigger “kicker”. Our article on poker kickers explains more.

An abbreviation for the “loose aggressive” poker playing style. A LAG plays a wide range of hands with an aggressive mentality.

To enter the pot with a flat call i.e. just completing the big blind. This is a common trait amongst weaker players, our article on why limping is bad explains why.

If you get to the flop with more than one opponent, it’s a multi-way pot. It simply means several players are involved.

This is a nasty term used to describe very conservative players. They play very few hands and have a risk averse approach. We explain why nit poker is losing poker these days.

An “open” is when someone enters the pot with a raise.

These are smaller sized bets designed to win the pot now or elicit information. A probe bet is likely to be under 40% of the pot and is a common trait of small ball poker strategy.

A pair of queens in your hand. They’re the third best starting hand in Texas Hold’em.

This is the fee charged by the casino or poker-room to make money. It’s taken as a percentage of cash game pots or a fixed fee from tournament buy-ins.

A great way to get some rake “back” from the poker room you play on. You can sign up to rakeback schemes that pay back a percentage of rake to you.

This is where the hand has no more betting involved and players must show their cards. It can be on the river after a bet and call, or in an all-in scenario in tournaments.

An unethical move where a player with the winning hand slowly reveals their hand to the opponent. This is poor etiquette as we explain in our article on slow-rolling.

A fast form of poker where you are moved between tables after folding. Snap poker the fastest form offered on 888 poker.

A live poker move where one reaches back for chips multiple times instead of making a bet in one motion. This is sometimes unethical, but mostly accidental. The string bet article explains everything you need to know.

The tick or pattern of a player that indirectly reveals the strength of the hand. This is more common in live poker but there are online poker tells too.

If someone loses a pot then proceeds to play terrible, they are known to go on tilt. It’s a terrible feeling as it can cost a lot of money.

A small pocket pair is almost always going to be an underpair to the board. For instance, pocket twos on a board of K-3-J is an underpair.

This is a bet designed to extract value. Accurate value betting is fundamental to being a long term winner. We’ve explain the common mistakes of value betting before.

This is the difference between what you expect to win and what actually occurs. It is the short-term luck element that can be expressed through your poker tracking software. Variance is what keeps the bad players in the game so you should be grateful for this, if you are a winner.

Ever had the entire table fold to you in the big blind? This is otherwise known as a walk.

This is abbreviation of the greatest poker tournament series, aka “World Series of Poker”.

We couldn’t think of any poker slang terms for Y.

This is the PokerStars equivalent of Snap.